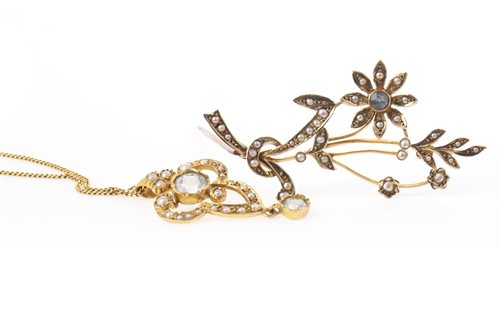 A BLUE GEM AND PEARL PENDANT ALONG WITH A SIMILAR BROOCH