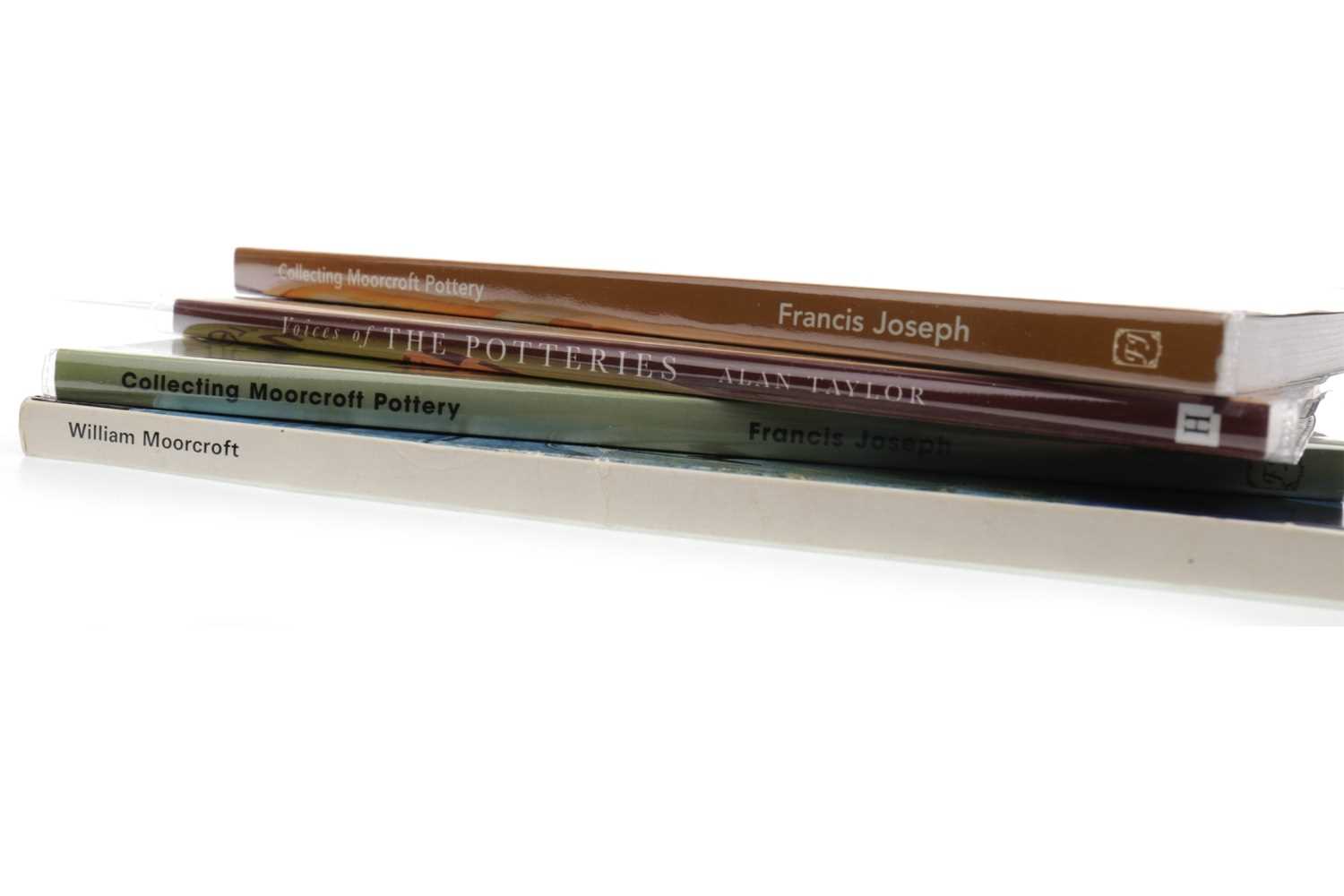 COLLECTION OF MOORCROFT COLLECTORS BOOKS, COLLECTORS CLUB NEWSLETTERS AND ALBUMS,
including a 'Catalogue of an exhibition of pottery at the Fine Art Society: William Moorcroft and Walter Moorcroft', December 1973, London, by Richard Dennis, along with 'Collecting Moorcroft Pottery' by Robert Prescott-Walker, 'Collecting Moorcroft Pottery' by Francis Joseph and 'Voices of the Potteries' by Alan Taylor, also to include a collection of over twenty-five Moorcroft Collectors Club Newsletters and a number of Moorcroft Catalogues