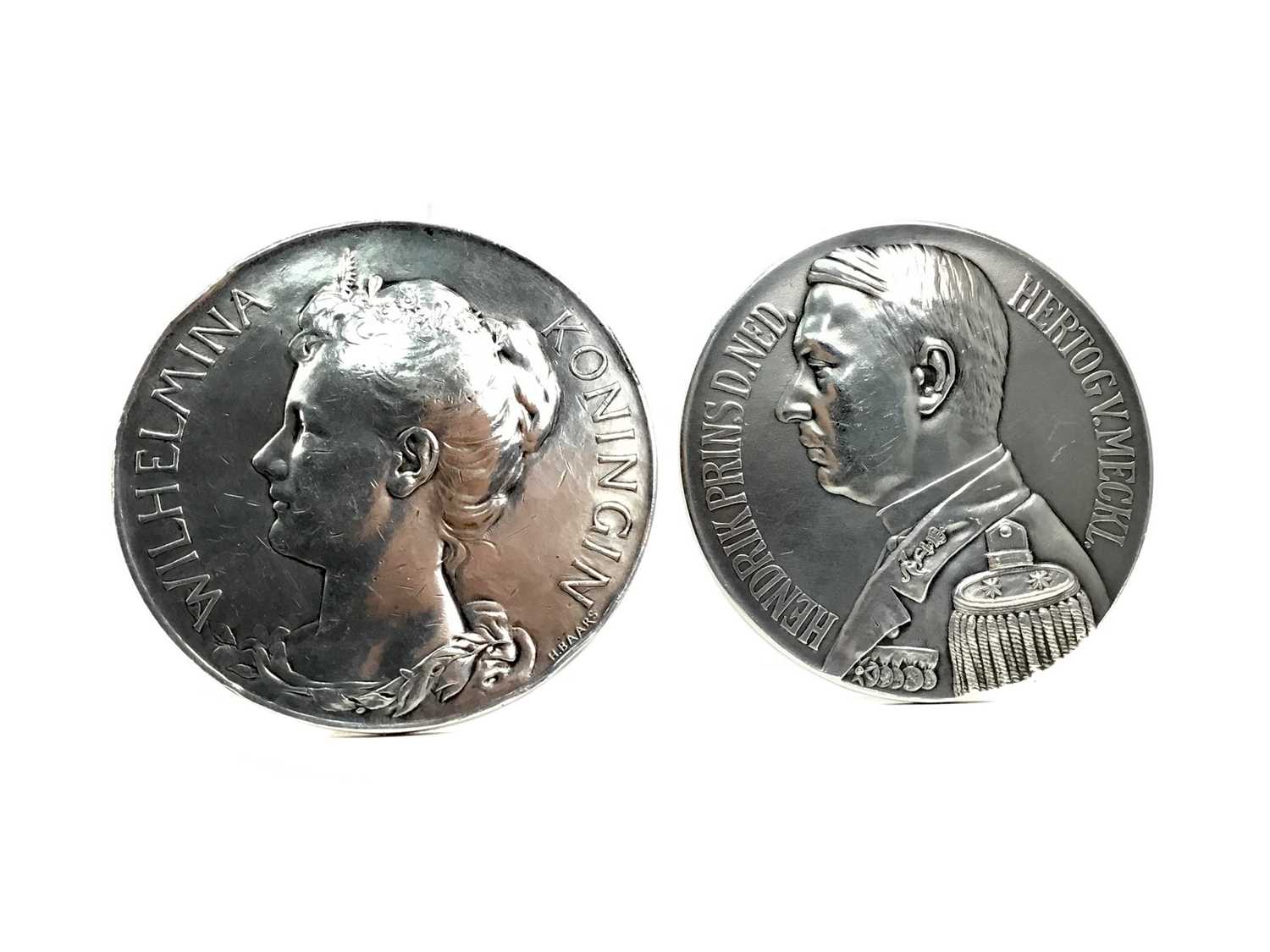 The Central Museum Utretcht houses a similar Wilhelmina medal within its collection. The museum catalogue records this medal as a singing competition prize medal from the Utrecht Men's Choir, circa 1920.

The medal depicting Prince Hendrik illustrates, to the reverse, a headstone with an angel. To the bottom right of the headstone, Prince Hendrik's coat of arms are visible. As such, this medal may commemorate the death of Prince Hendrik, who died in 1934, at the age of 58.