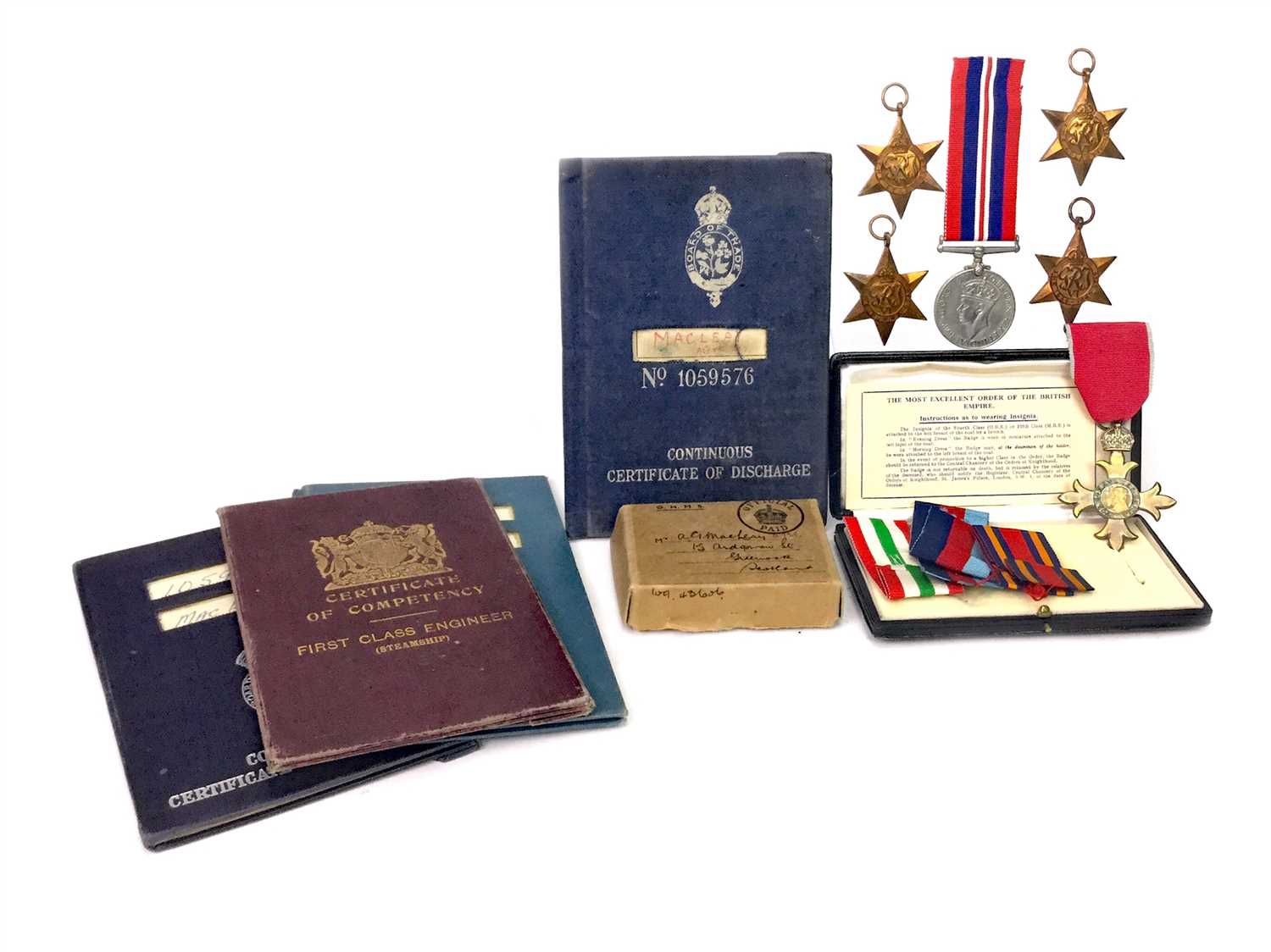 WWII ARCHIVE RELATING TO CHIEF ENGINEER OFFICER ALEXANDER GEORGE MACLEAY, ESQ., O.B.E.,
comprising his cased O.B.E., The 1939-45 Star, The Italy Star, The Atlantic Star, The Burma Star, The 1939-45 Medal, along with a 'Certificate of Competency as a First Class Engineer (Steamship)' dated 26th April 1924, a Merchant Navy badge, three 'Continuous Certificate of Discharge' booklets circa 1923-55, a photocopy of The London Gazette dated Tuesday, 25th January 1944 detailing MacLeay's reasons for being awarded the O.B.E., as well as a Maritime Inquiry 1939-1945 for the M/S Tennessee

Note: as per The London Gazette, 'The ship was sailing in a convoy which was heavily attacked by enemy aircraft. Although a stout defence was put up, a number of bombs fell very close to the ship causing considerable damage. Water poured into the engine-room and the vessel was forced to fall out of the convoy. Temporary repairs were effected however, and four hours after the attack, the ship was able to proceed at full speed. She eventually rejoined the convoy and arrived safely in port with a valuable cargo. The master displayed outstanding courage and coolness. His ship was damaged and an easy target for the enemy but Captain Moore, by his determination and leadership, brought her safely to port. The Chief Engineer Officer set a high example by his courage and initiative. He personally led the work in the engine-room in circumstances of great difficulty and danger. It was alrgely due to his determined efforts and resource in effecting temporary repairs that the ship was able to rejoin the convoy.'