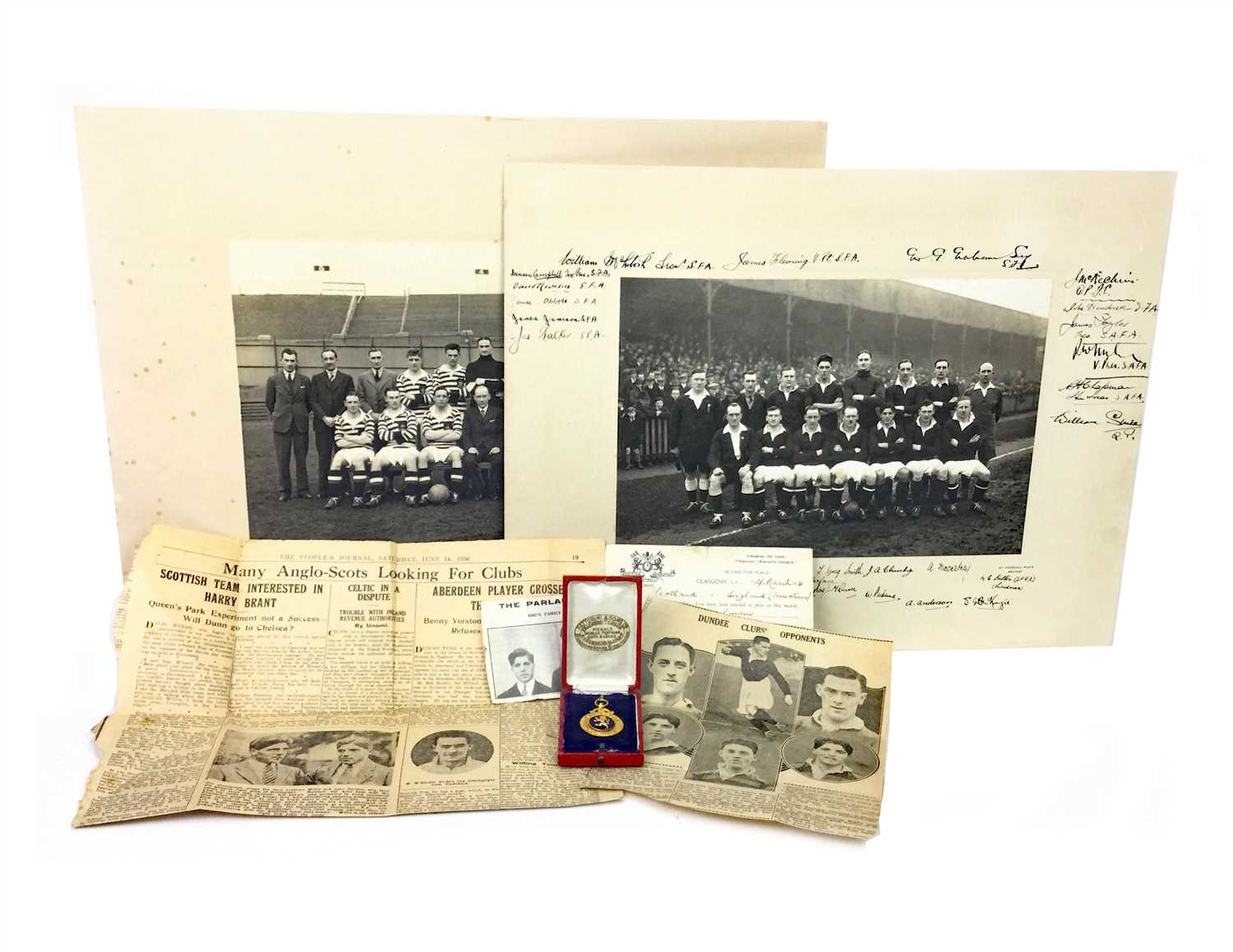 Note: William 'Willie' Parlane was a Scottish footballer who enjoyed a career with clubs including St Mirren, Queens Park and Dumbarton F.C. Making his debut for the Sons in 1929, Willie scored 68 goals in 145 appearances for Dumbarton, playing in a squad which also included his two brothers, Alex and John. This medal was awarded to Parlane further to the Scotland v England (Amateur) match on Saturday 21 March 1931, held at the grounds of Chelsea F.C. in London.