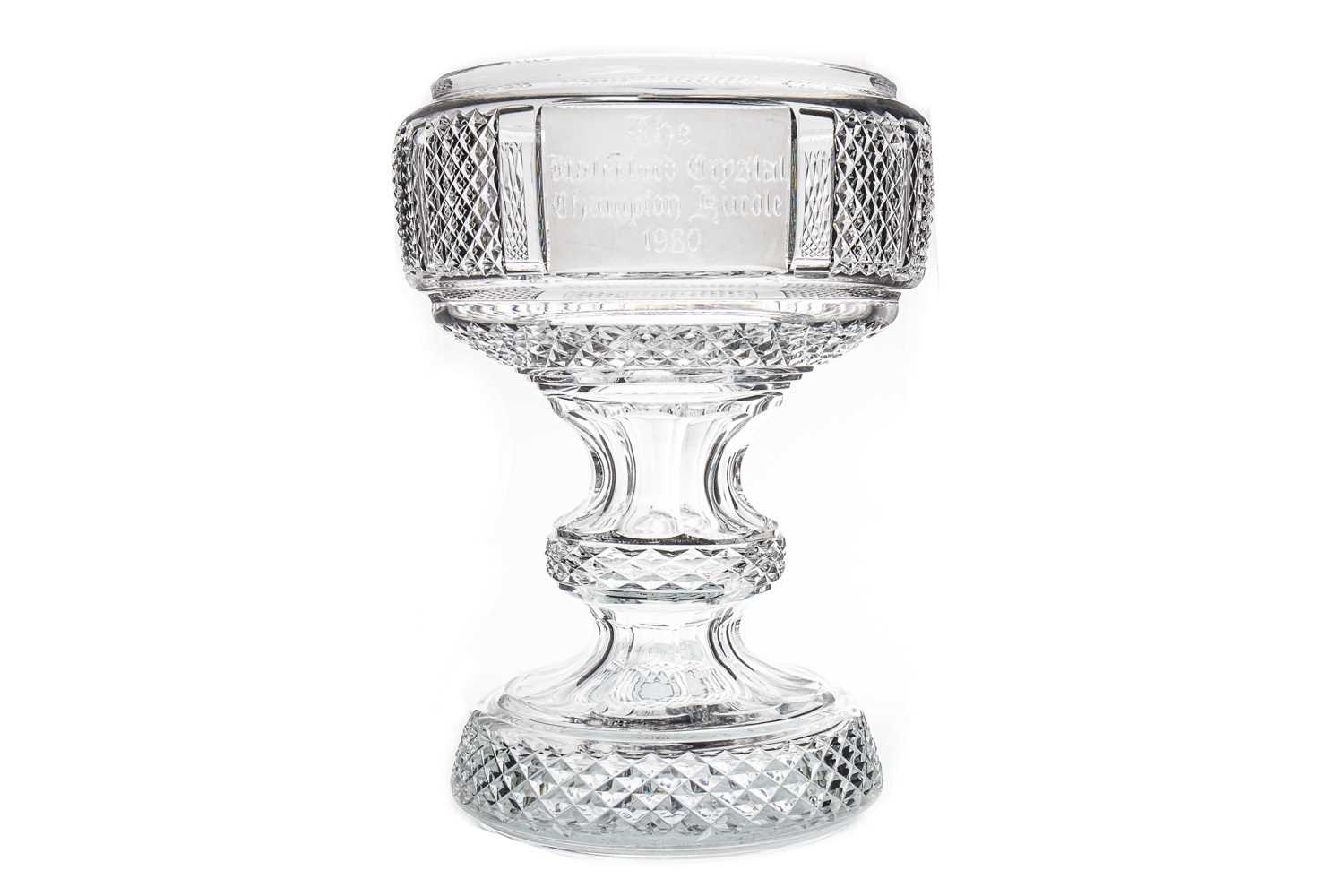 
- Trophy: In good condition overall. Some signs of wear consistent with age. Nibble to rim of trophy. Some scratches and marks visible. Row of scratches/indents to body of trophy. A couple of very minor chips and imperfections to the crystal body.  Some dirty residue present. Scratches to underside.
- Medal: Some discolouration to gilt, some dirty residue present to surface and to lettering. Hallmarks quite faint. Some scratches visible and minor indents to rim. Some dirty residue to fitted case.
- Additional photographs added

Note: In an impressive racing career which lasted from 1972 until 1981, Sea Pigeon (1970–2000) was a racehorse who competed in eighty-five races, and won thirty-seven times. Amongst Sea Pigeon's best known performances were in the Champion Hurdle races - which he won on two consecutive occasions - in 1980 and 1981.