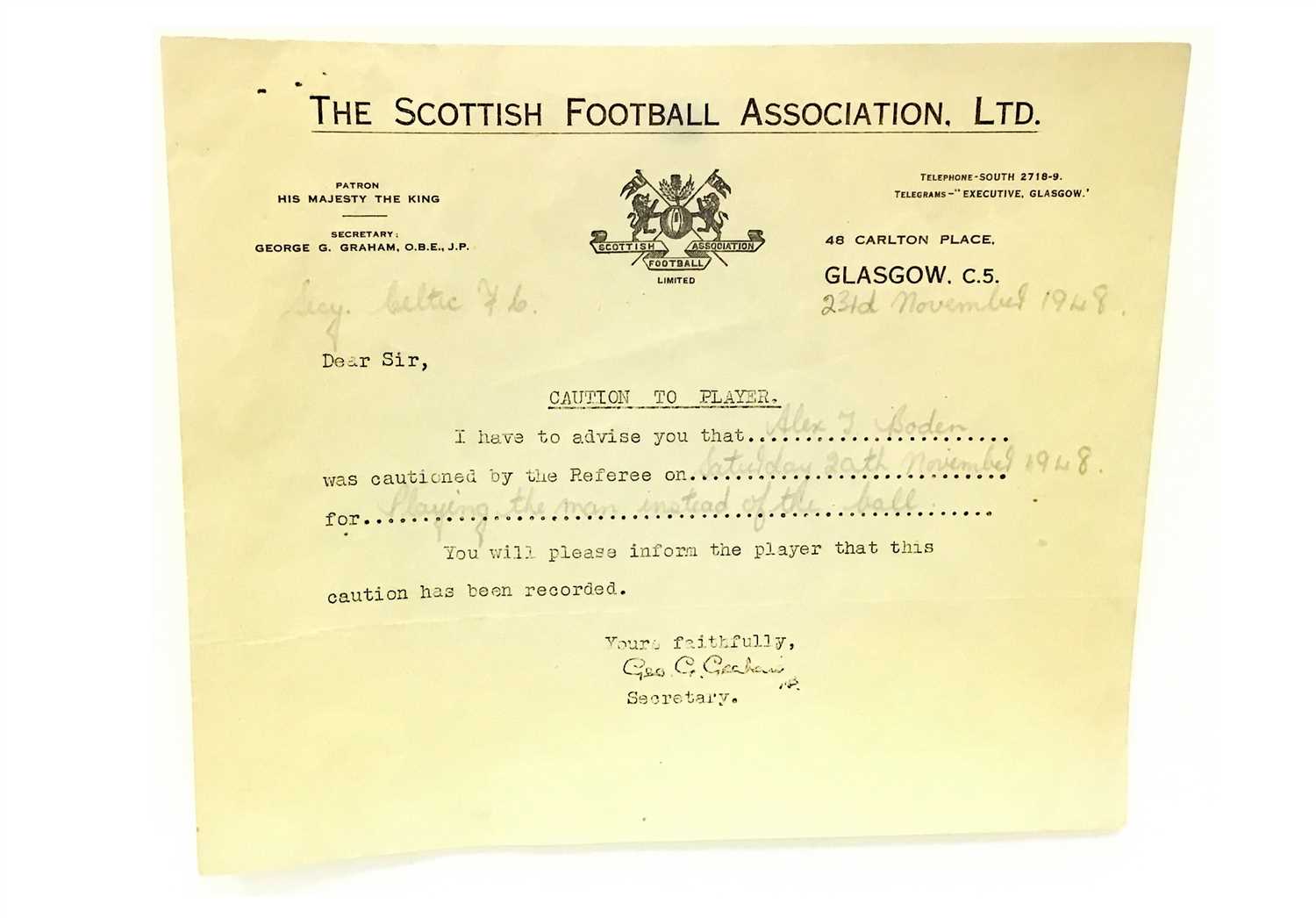 A LOT OF THREE SCOTTISH FOOTBALL ASSOCIATION LTD. CAUTIONS AND A LETTER

SCOTTISH FOOTBALL ASSOCIATION LTD. CAUTION,
given to Alex Boden, issued for 'Playing the man instead of the ball', dated 23rd November 1948, together with two further Scottish Football Association Ltd. Cautions, each addressed to A. Boden, the first dated 25 February 1950, and issued for 'Kicking an opponent', the second dated 27 February 1950, stating 'Please note that the caution against... is his second of this season, and if the player is again cautioned during this season, the matter will require to be reported to the Committee', dated 27th February 1950, along with a reply to McGrory dated 14th March stating 'the appeal by A. Boden against the caution given to him on 25th January... dismissed.' (4)