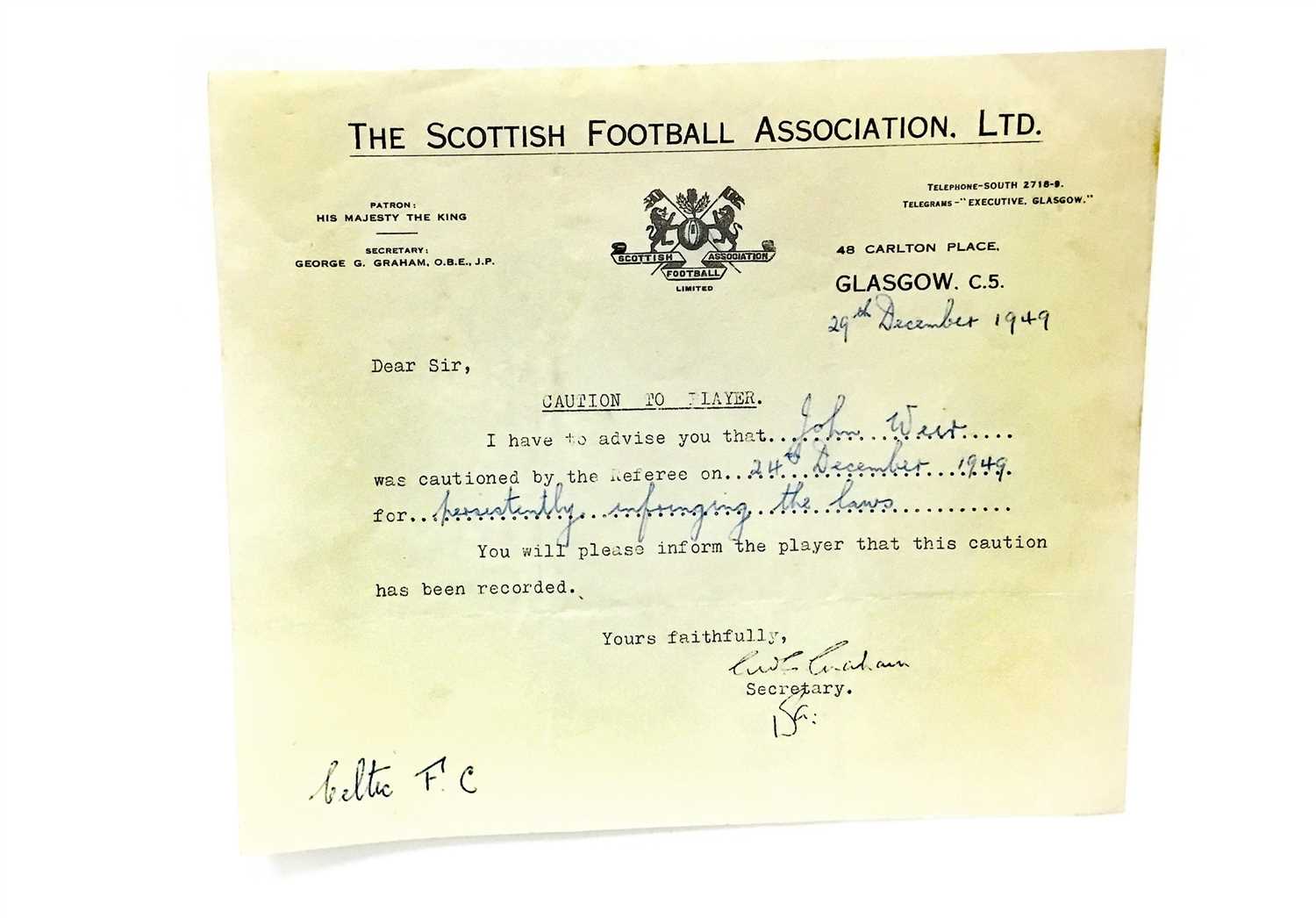 A COLLECTION OF SCOTTISH FOOTBALL ASSOCIATION LTD CAUTIONS AND LETTERS

COLLECTION OF SCOTTISH FOOTBALL ASSOCIATION LTD CAUTIONS ISSUED TO JOHN WEIR,
comprising cautions dated from 1949 onwards, including one issued to Weird for 'Frequently infringing the laws’, dated 29th December 1949, together with another for 'Showing dissent to the decision' dated 20th February 1950 and a note that this was the ‘second caution of the decision’, also including further cautions issued to Weir in the 1950-51 season, and three letters from the Scottish Football Association Ltd with reference to hearings at the Referee Committee for three matches, Hibernian v Celtic on 30th August 1952, Aberdeen v Celtic on 27th September 1952, and Falkirk v Celtic on 21st February 1953