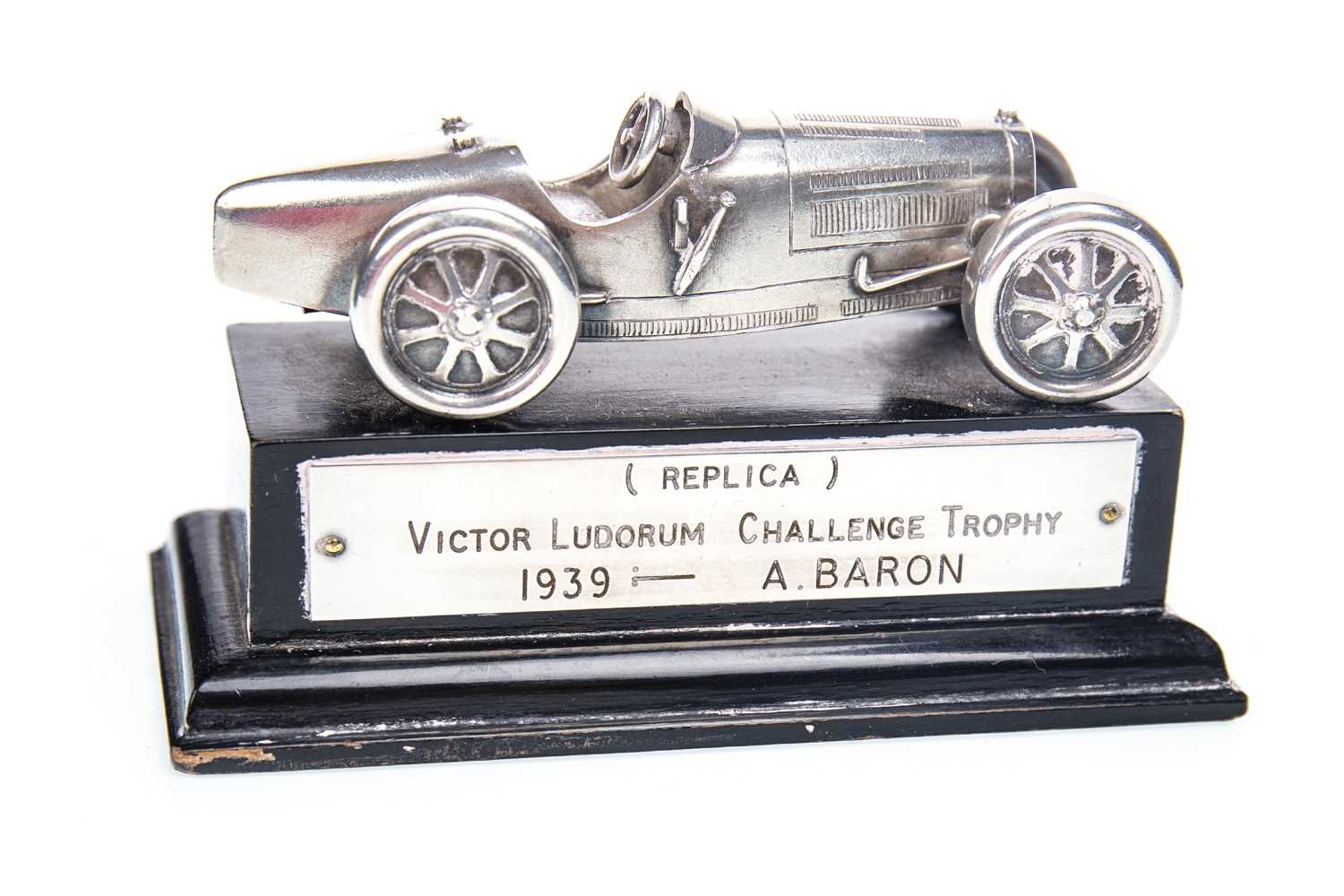 Note: The Victor Ludorum Trophy is the principal trophy given by the Bugatti Owner's Club. As the Second World War approached, Arthur Baron was leading the Victor Ludorum with 41 marks, up to and including the Prescott International Meeting on July 30th 1939. This was the last competitive meeting at Prescott before the outbreak of WWII, the later September meeting cancelled. This award would have been given to Baron at the Club’s Annual Dinner, however with the outbreak of war, it is likely that this was held over until the Club’s tenth annual Dinner, held at Claridges on 7 December 1945. Whilst the main trophy is retained by the Club, award recipients receive a replica to keep. Arthur won the Victor Ludorum partnership with his engineer brother, Len Baron. Len inherited this keepsake upon the death of his brother, who subsequently bequeathed the trophy to the vendor.