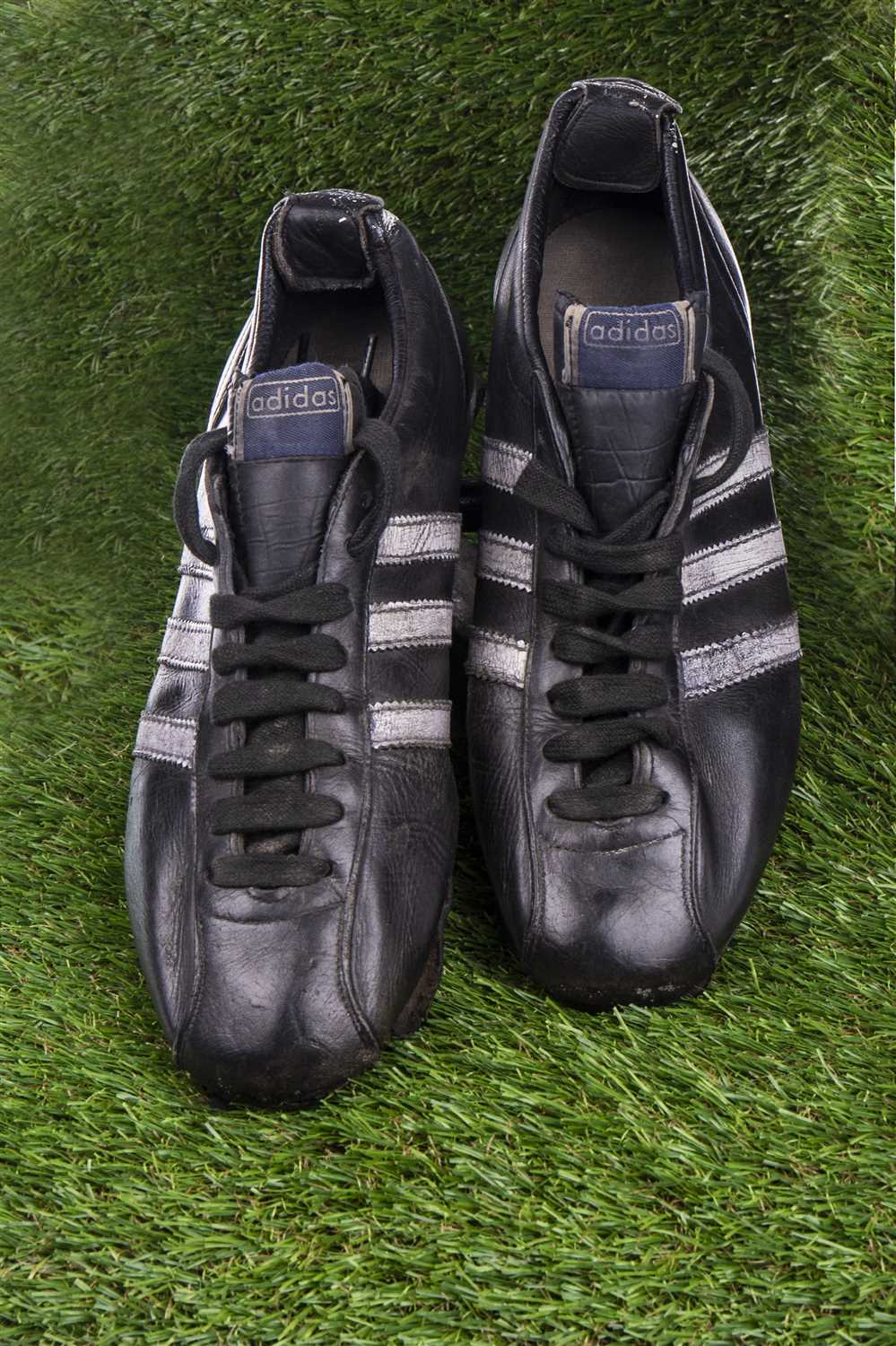 TOMMY GEMMELL OF CELTIC F.C. - HIS ADIDAS FOOTBALL BOOTS FROM THE EUROPEAN CUP FINAL LISBON 1967,
in black leather with silver coloured stripes, the tongue inscribed 'adidas', with adidas label to reverse, marked 'TG', accompanied by copy letter of authentication from the SPFA Former Players Association signed on behalf of the Lisbon Lions and Patrick Rolink on behalf of the SPFA World of Football dated 30 November 2001

Provenance: These boots were gifted by Gemmell to the vendor. The vendor's father was a close friend of Bertie Auld and accordingly, his Celtic teammates. He thus knew Gemmell and asked for a 'Token from Tam' for his son. After a training session, Gemmell tossed his 'worn out' boots to the vendor's father saying 'I wore these in Lisbon, tell the wee fella to look after them!'. These boots were exhibited at Hampden Park until June 2019.

Note: The 1967 European Cup Final, the premier club competition in Europe, took place in Lisbon, Portugal, between Celtic F.C. and Inter Milan on 25 May 1967. While Mazzola of Inter Milan scored the first goal of the match, in just the seventh minute, Celtic’s Tommy Gemmell pulled it back with an all-important equalizer in the 63rd minute. A second goal by the Celts, scored by Stevie Chalmers in the 84th minute, saw the Scottish team secure a 2-1 win over Inter Milan, and cement their status as champions. The win represented not just Celtic’s first, but the first time any British team had won the European Cup. The European Cup win topped off a historic season for the Bhoys. On top of the European Cup, the team reigned victorious in the League, League Cup, Scottish Cup and Glasgow Cup, having won each competition they entered in a ‘clean sweep’. That winning team would become known as the Lisbon Lions, widely considered the greatest team in Celtic's history.