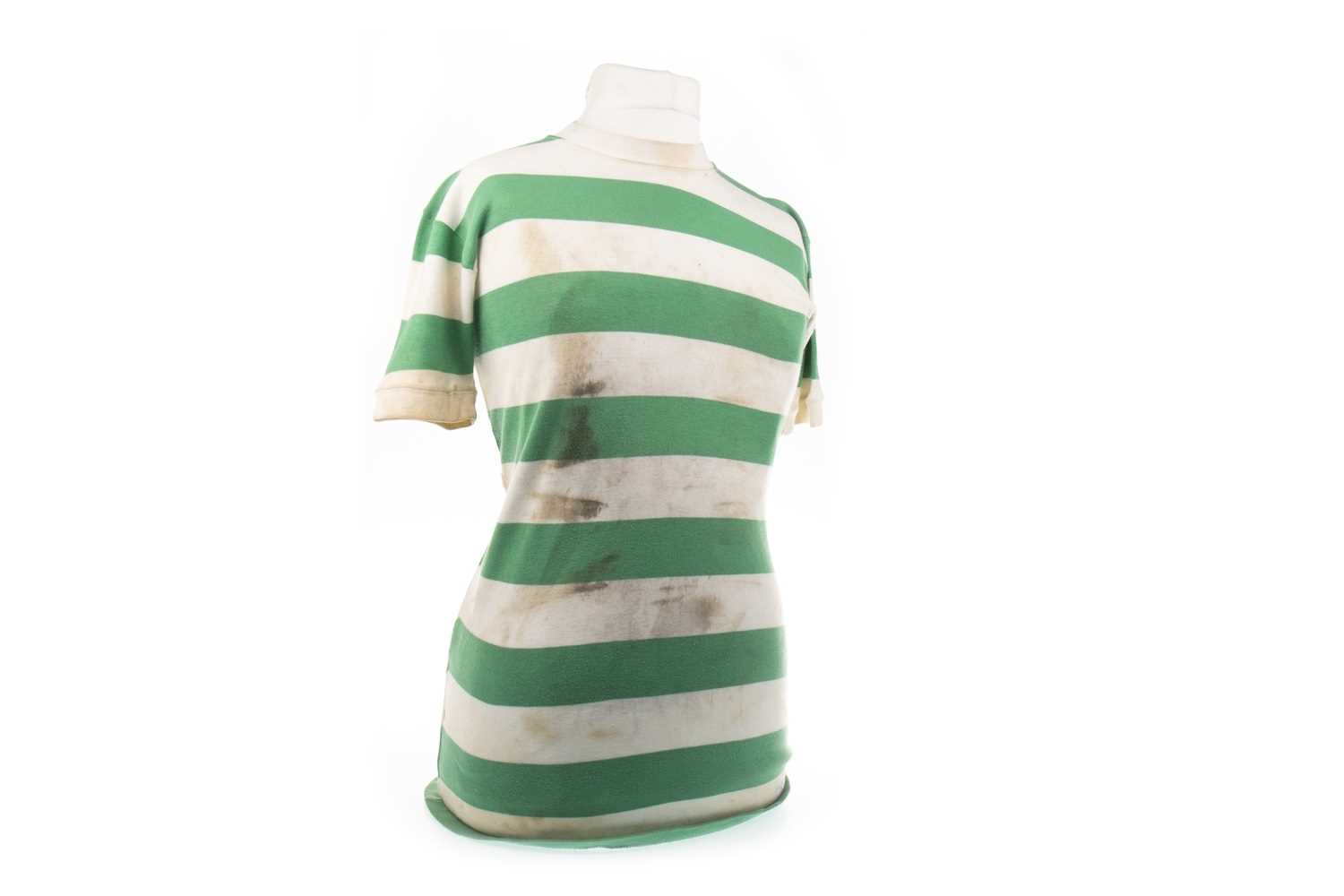 JIMMY JOHNSTONE OF CELTIC F.C. - HIS JERSEY FROM 'THE BATTLE OF MONTEVIDEO'

JIMMY JOHNSTONE OF CELTIC F.C. - HIS RACING CLUB V CELTIC MATCHWORN JERSEY 1968,
with Umbro label, size 38, accompanied by copy letter of authentication from the SPFA Former Players Association signed on behalf of the Lisbon Lions and Patrick Rolink on behalf of the SPFA World of Football dated 30 November 2001, along with a programme from the first leg of the Celtic v Racing Club and two other related magazines

Provenance: Jinky Johnstone's jersey was acquired by the vendor via his father, who was a close friend of Bertie Auld and accordingly, his Celtic teammates. This shirt was exhibited at Hampden Park until June 2019.

Note: Following Celtic’s victory over Inter Milan in the European Cup in Lisbon in 1967, a year in which the Glasgow club also won the league, the FA Cup, the League Cup and the Glasgow Cup, it was Jock Stein's chance to prove that his side was the best in the World with qualification for The Intercontinental Cup. The fiery affair ended in a play off third game versus Racing Club de Avellaneda. The match was dubbed The Battle of Montevideo, a game that a crowd of 65,000 witnessed. The game started with a series of fouls by both sides, particularly from the Racing defenders – determined to nullify the threat of Jimmy Johnstone – and to go unpunished. Johnstone however saw red 48 minutes into the match when attempting to escape from his marker. The Racing team employed a rotation system with each defender taking turns to kick him, but after his shirt had been grabbed as he made his way forward, ‘Jinky’ had endured enough and he lashed out with his arm. The defender Juan Carlos Rulli rolled on the ground in agony. Jinky was the second Celt to be dismissed, he made his way to the dressing room and threw away his shirt in frustration and disgust. Jinky’s jersey was however retained by Bertie Auld (who was also red-carded, but refused to leave the pitch!) who later gifted it to the current owner’s father, a close friend of the Celtic legend.