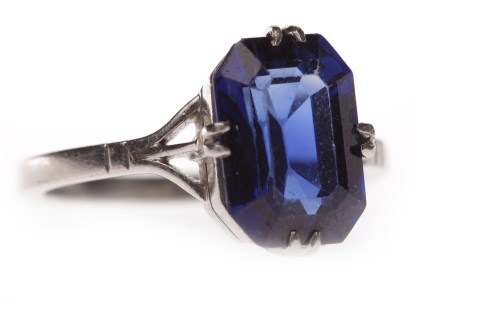 EARLY TO MID TWENTIETH CENTURY GIA CERTIFICATED SAPPHIRE SINGLE STONE RING the emerald cut sapphire of 4.55 carats with accompanying GIA report 6265227566 stating the stone to be natural and not heat treated and from Thailand, in platinum, size L, 4.6g