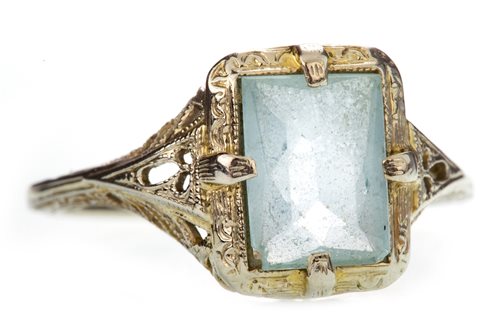 
In worn condition.
Plating wearing off of the shank.
Build up underneath the stone making it appear cloudy.
Stone chipped and scratched to the surface.
Two of the corners of the stone chipped.
All claws intact; stone secure.