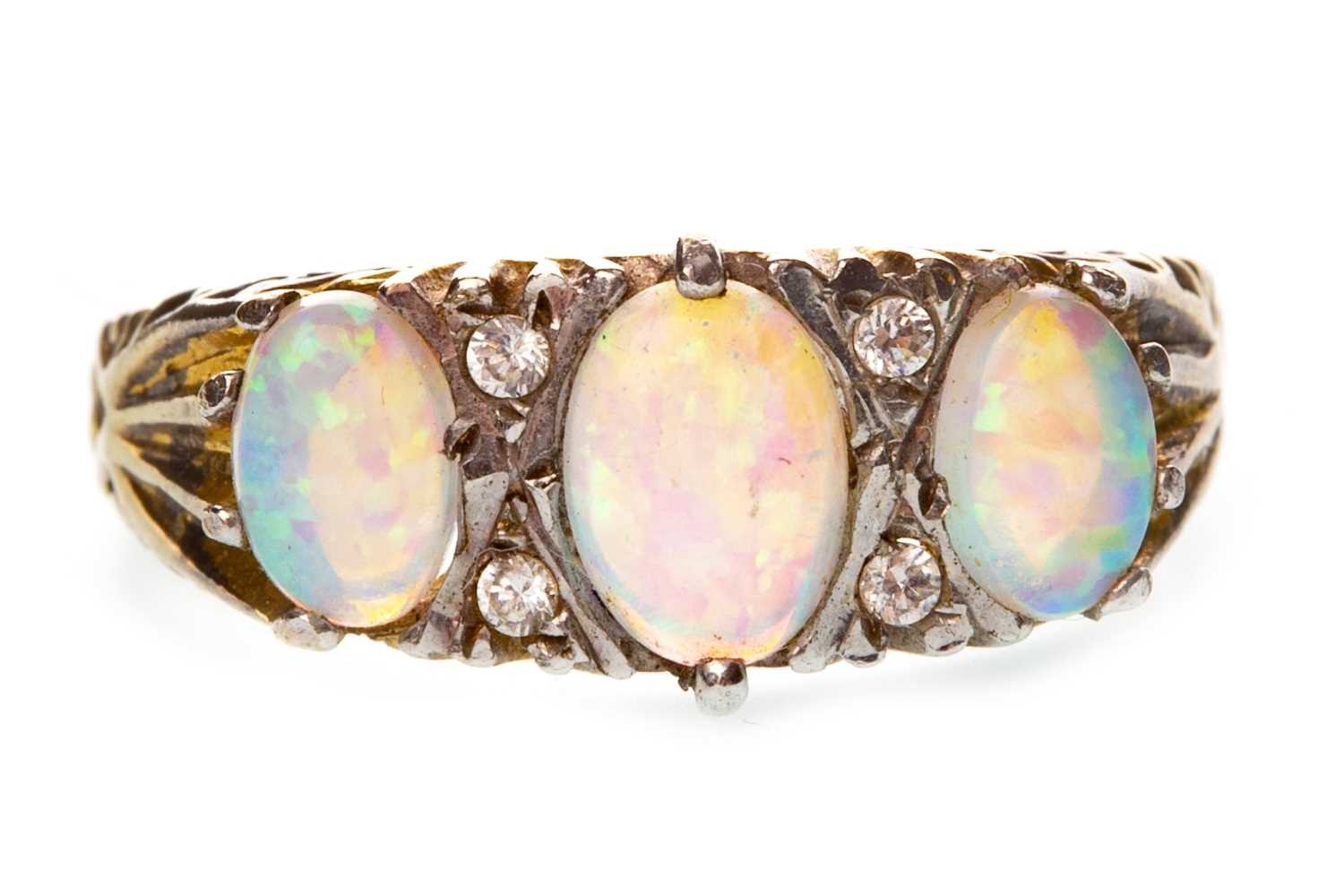 AN OPAL AND DIAMOND RING