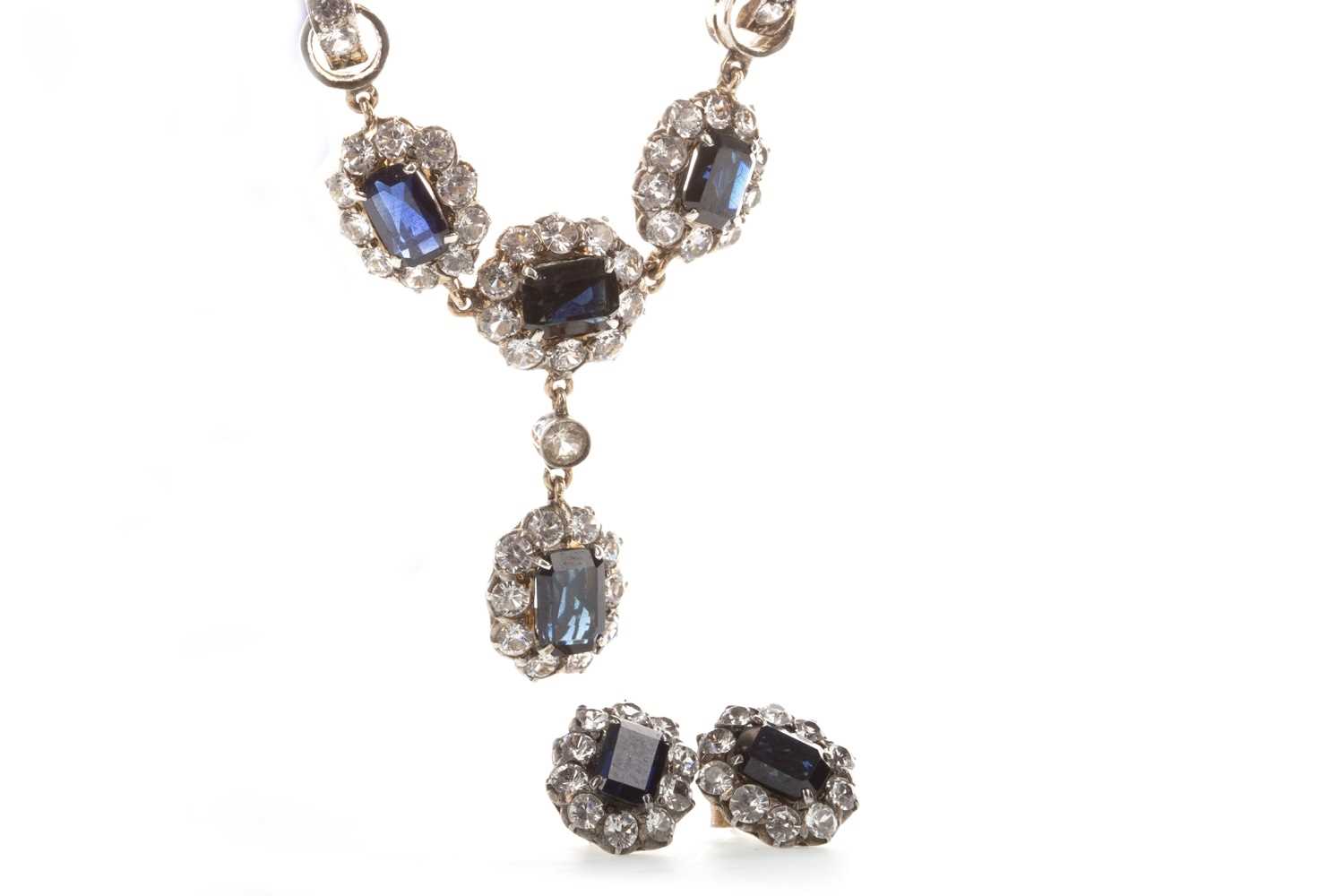 MID TWENTIETH CENTURY SUITE OF JEWELLERY,
comprising a necklace formed by a row of three gem set clusters, each with an oval faceted blue gem within a border of white gems, with another gem set drop, on a yellow metal chain, unmarked, along with a pair of matching stud earrings, each with a blue and white gem set cluster, also unmarked, in box