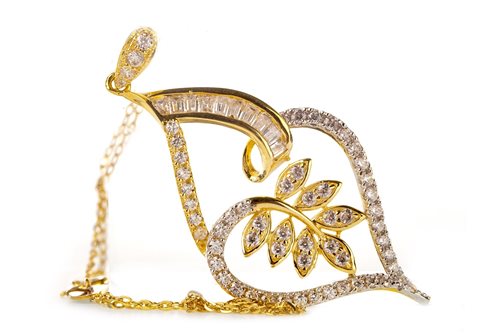 A GEM SET PENDANT ON CHAIN

GEM SET PENDANT ON CHAIN,
the pendant open and with channel set baguette cut and round white gems, 44mm high including bale, marked 750, on a chain marked 750, 4g