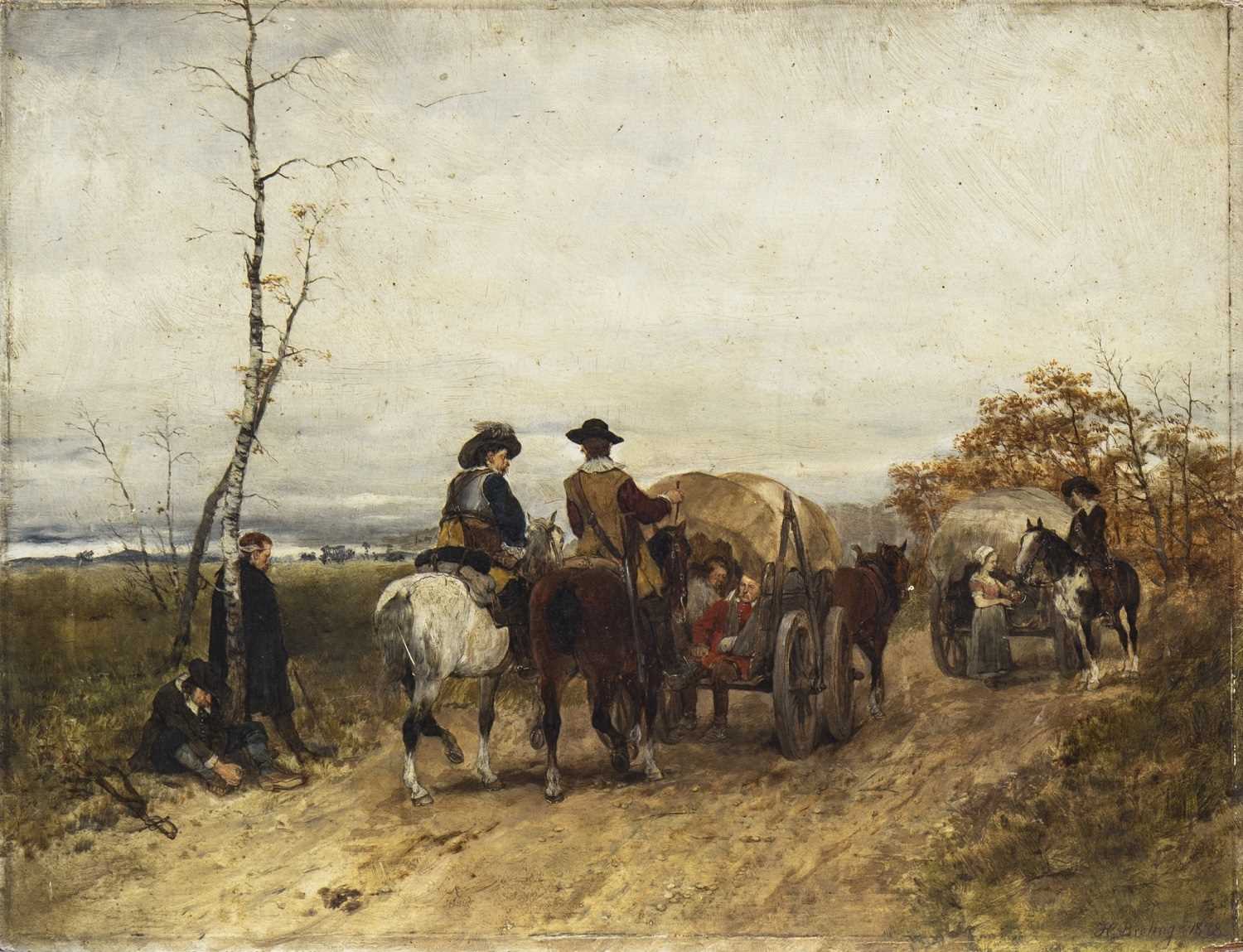 HEINRICH BRELING (GERMAN 1849-1914)
APRES LA BATAILLE (After the Battle)
oil on panel, signed and dated 1878
27cm x 35cm
Unframed.
Note: Heinrich Christoph Gottlieb Breling (14 October 1849, Burgdorf - 6 September 1914, Fischerhude, near Ottersberg) was a German painter of historical and genre scenes. He was one of the founders of the Artists' Colony at Fischerhude. He was the son of an estate overseer and spent his childhood in the vicinity of Fischerhude. From 1863 to 1869 he studied art in Hanover and later went to Munich, where he was a student of Wilhelm von Diez. In 1883, he became a Professor at the Academy of Fine Arts there and the following year was appointed Court Painter for King Ludwig II, executing many watercolors of the King and his "secret residences". He and the King developed a close working relationship. Breling went so far as to devise a portable shelter, so he could paint the King outdoors in any weather. After Ludwig's mysterious death, Breling returned to Hanover. For many years, he spent the summers in Fischerhude. He took his wife and six daughters there in 1908, setting up a home and studio in nearby Bredenau, which is still used by his grandchildren.