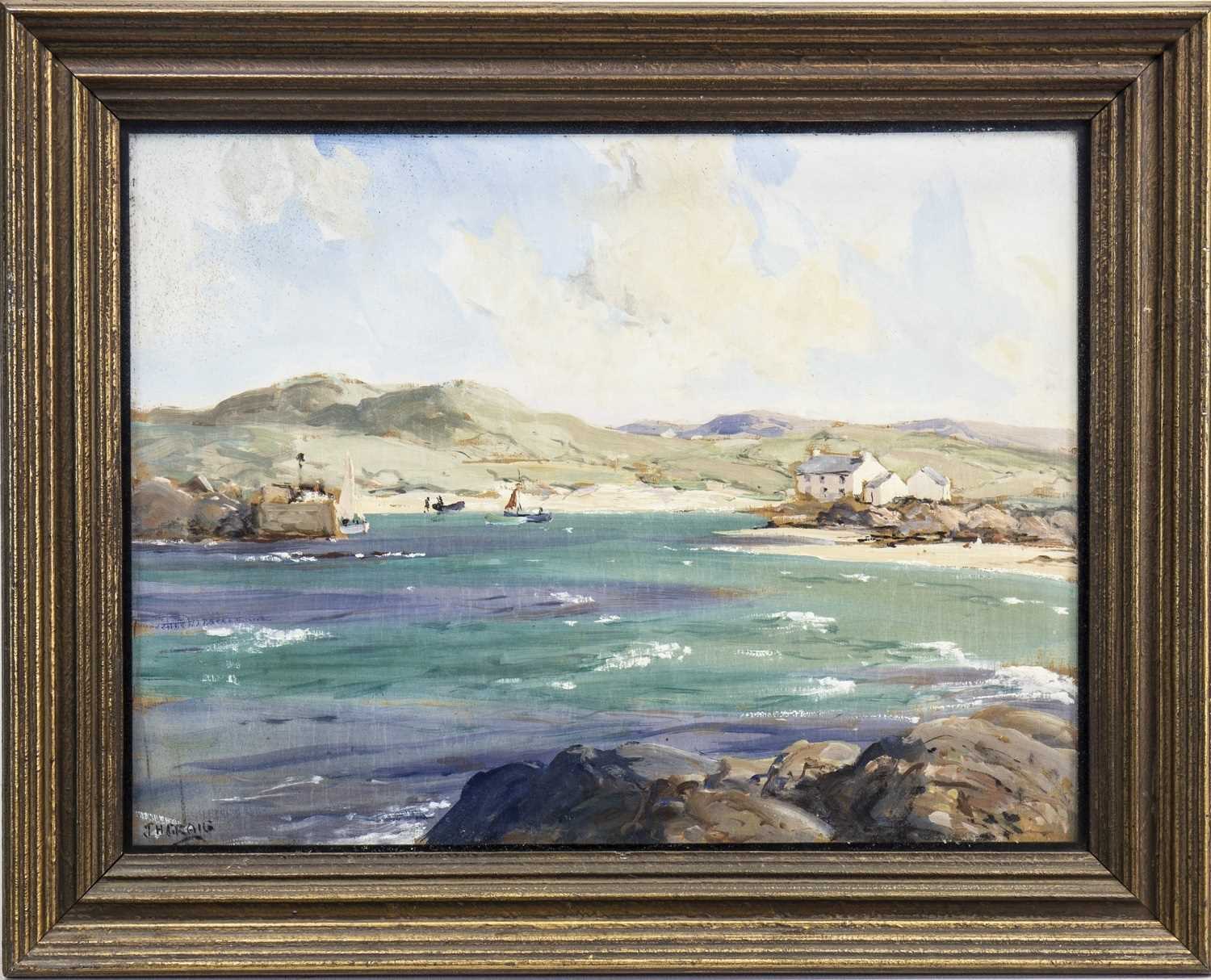 Condition report
Unidentifiable marks to top left corner of composition. Would likely benefit from a slight clean. Subject to this the picture is in good overall condition.

JAMES HUMBERT CRAIG RHA RUA (1877 - 1944),
COASTAL SCENE
oil on panel, signed
38cm x 50cm
Framed and under glass.
Label verso: William Mol, 54 Upper Queen Street, Belfast.
Provenance: Private Scottish collection.
Note: Born in Belfast, Craig spent his early years in Ballyholme, Co. Down, where he was privately educated. Craig derived little satisfaction from working in the family tea business but it enabled him to travel and paint, particularly in Switzerland and the south of France. In time, he turned a more serious eye to art as a profession, specifically to landscape painting. Apart from attending the Belfast College of Art for less than a term, Craig was self-taught. He was influenced in his early work by Paul Henry but as his career developed this became less apparent. He first exhibited at the RHA in 1915 at the relatively late age of thirty-seven when he showed a pair of coastal scenes near his home at Ballywater, and he continued exhibiting there regularly.

In 1928 he was elected to the RHA. A member of the Belfast Art Society from 1920, he was one of the first RUAs when the society was formed in 1930. He exhibited regularly with the Fine Art Society, London, over 200 works. Throughout the interwar period he continued to exhibit in Belfast and Dublin and also in London. His work was included in the prestigious Exhibition of Irish Art in Brussels in 1930 and in the Olympic Art Exhibition in Los Angeles in 1932. Though he went on sketching tours of Connemara and Donegal Craig found so much stimulus in the scenery of the Glens of Antrim that he acquired a cottage at Cushendun and his work became closely identified with the Middle Glens thereafter.

Craig had a significant following among younger artists and although he and his followers ignored European Modernism, they were perfectly in tune with the romantic attitudes prevalent in Ireland during the period. Craig, together with Paul Henry, Frank McKelvey, Charles Lamb and Maurice MacGonigal, comes closest to personifying a distinctive Irish School of Painting.