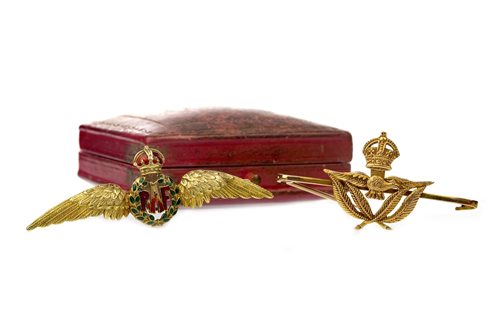 ENAMELLED EXAMPLE:
Some enamel missing as seen in the images.
In good condition otherwise.

ENAMELLED RAF SWEETHEART BROOCH,
the RAF emblem within a green enamel wreath beneath a red enamel crown, between outstretched wings, 57mm long, indistinctly marked; along with gold brooch depicting an albatross in flight between a crown and wreath emblems, marked 9ct to the reverse, 8.5g gross (2)