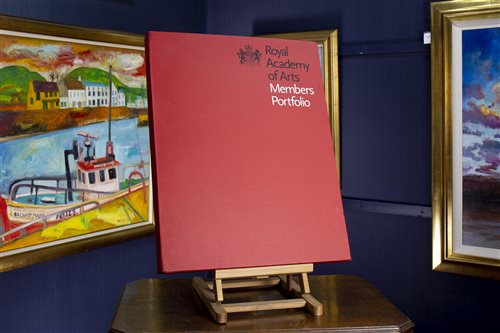 
Staining to title pages and minor staining above signature of the Albert Irvine print. Otherwise all sheets are in very good overall condition with no visible signs of damage.