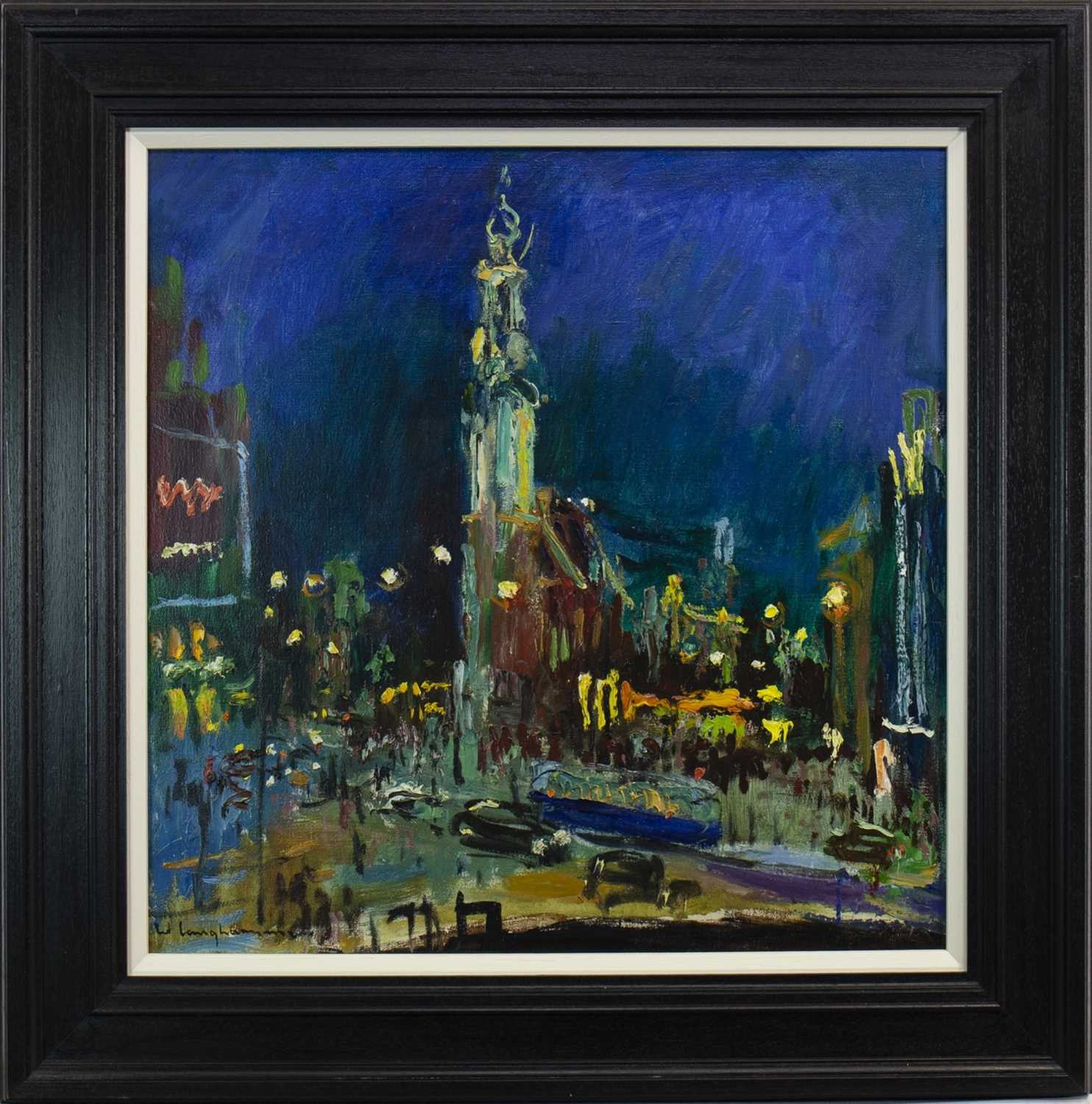 * WALTER LANGHAMMER (AUSTRIAN 1905 - 1977),
TRAFALGAR SQUARE
oil on canvas, signed
60cm x 60cm
Framed.
Note: Born in Austria. Left Austria during Nazi occupation of World War II. He was a contemporary of the famous painter Oskar Kokoschka, and was professor of the Academy in Vienna in the 1930s. After fleeing Austria Langhammer spent some time in London where he painted many images of city scapes and travel (carriage) posters for British rail. After moving to India, Langhammer was appointed as the first art director of the Times of India, and later the Chairman of Bombay Art Society. He played a matchless part in bringing art patrons and artists together, and a seminal role in the founding of the Progressive Arts Group.
Langhammer would often say, he saw a future in the modern art movement – he felt it was all over Europe. So people like Ara, Raza, Husain, Souza and Raiba, the great names of the Indian Progressive Art Movement, became his students. Every Sunday, it was open house at his studio on Napean Sea Road. Langhammer inspired a generation of artists who then went on to propel Indian Art onto the international forum. Artists like Almelkar, Husain and Razza have candidly admitted to having drawn inspiration from him. His work is widely collected over several continents today.