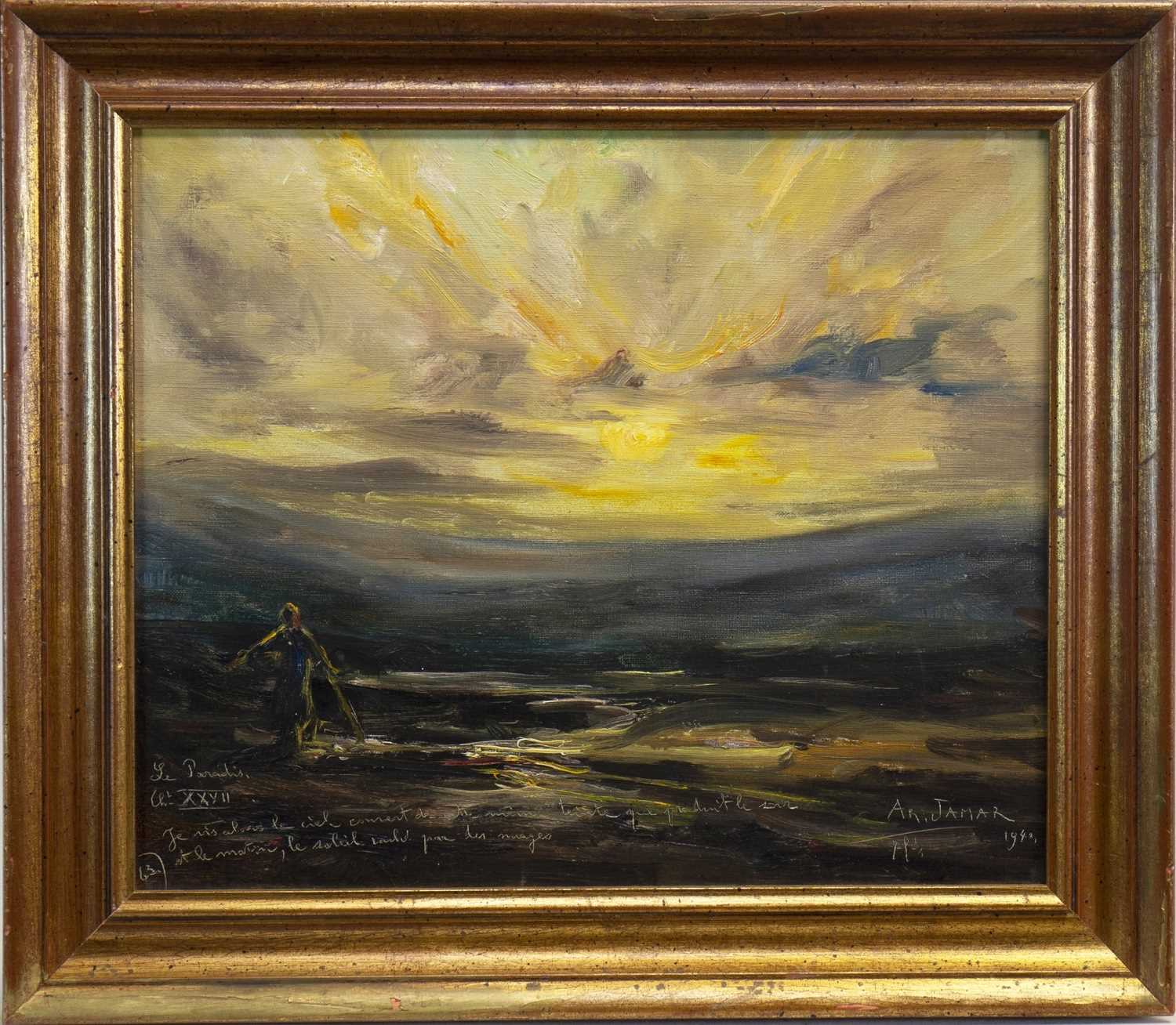 THE PARADISE, AN OIL BY ARMAND GUSTAVE JAMAR

ARMAND GUSTAVE JAMAR (BELGIAN 1870 - 1946),
THE PARADISE
oil on canvas, signed, dated and incribed
37cm x 46cm
Framed
Note: The Le Paradis massacre was a war crime committed by members of the 14th Company, SS Division Totenkopf, under the command of Hauptsturmführer Fritz Knoechlein. It took place on 27 May 1940, during the Battle of France, at a time when troops of British Expeditionary Force (BEF) were attempting to retreat through the Pas-de-Calais region during the Battle of Dunkirk. Soldiers of the 2nd Battalion, the Royal Norfolk Regiment, had become isolated from their unit. They occupied and defended a farmhouse against an attack by Waffen-SS forces in the village of Le Paradis. After running out of ammunition, the defenders surrendered to the German troops. The Germans led them across the road to a wall where they were murdered by machine gun fire. Ninety-seven British troops were killed. Two survived, with injuries, and hid until they were captured by German forces several days later.