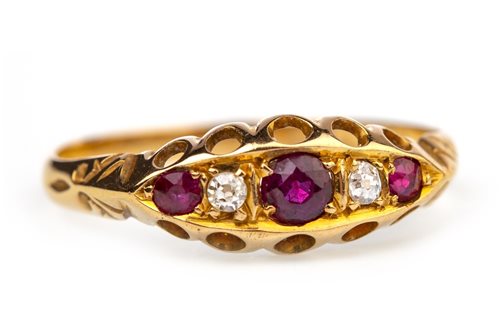 A RED GEM AND DIAMOND RING