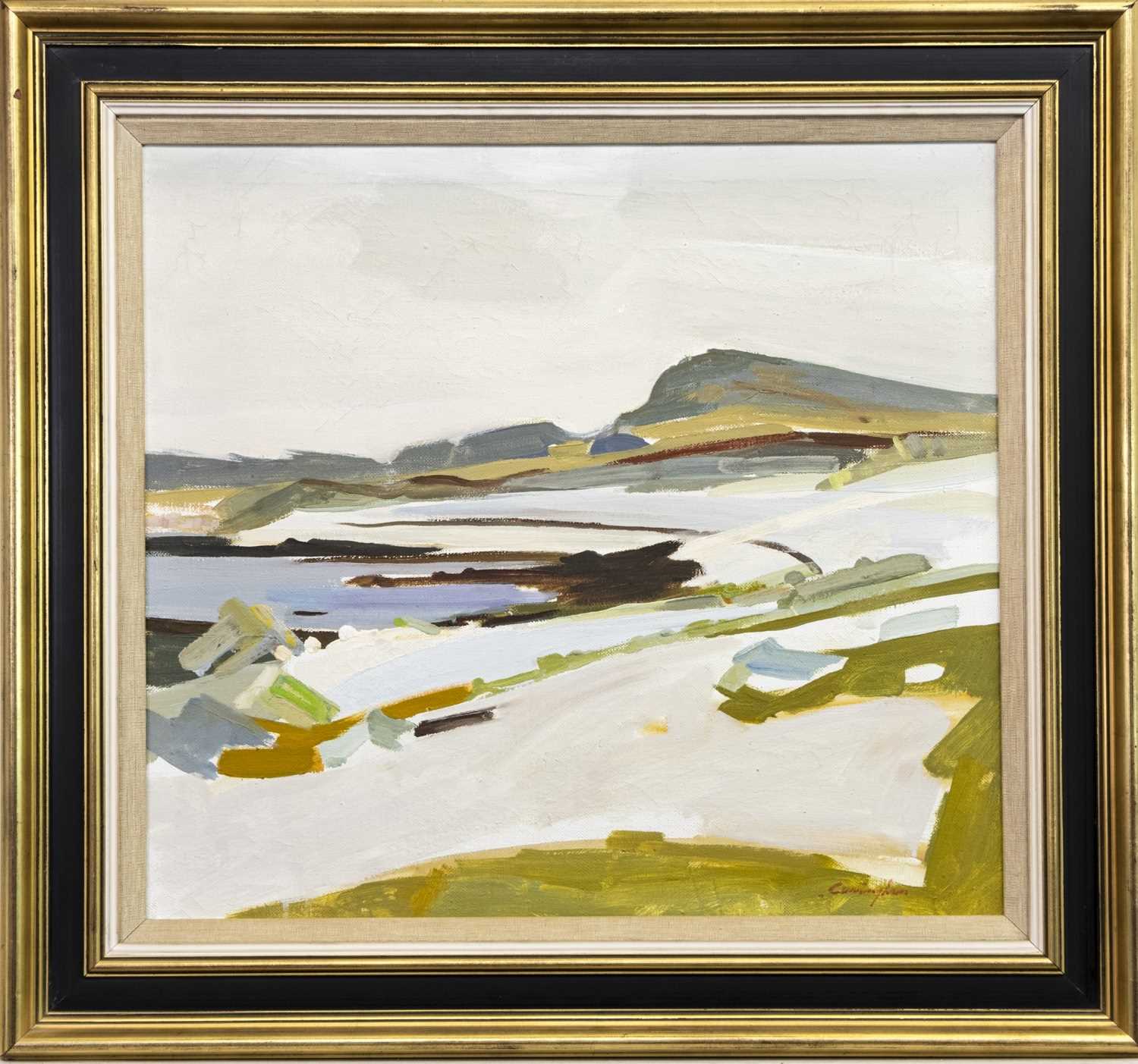 * JOHN CUNNINGHAM RGI D Litt (SCOTTISH 1926 - 1998),
RAISED BEACHES, COLONSAY
oil on linen, signed
51cm x 56cm
Framed.
Label verso: The Glasgow Art Club. With title and artist's address.
Provenance: Private London collection.
Note: The artist's long obituary in The Glasgow Herald in 1998 began "Dr John Cunningham's death at the age of 72 robs Glasgow of one of its most endearing, well-known and colourful art-world stalwarts". Born in Lanarkshire in 1926, Cunningham attended Glasgow School of Art (GSA) in 1953. From 1967 to 1985, he was a Senior Lecturer at GSA, thus having close contact with several generations of young painters for two decades. John lived in a magnificent and spacious studio flat in the centre of Glasgow which was designed by Sir John Burnett expressly for the use of an artist, and which had previously been owned by other artists including John McGhie and David Gauld. The vision of his paintings was an expression of the man. John Cunningham was a large, charismatic character who loved life abundantly and whose paintings reflected his joy and passion for colour and contrast, displaying bold, confident brush-strokes along with subtle sensitivity. This gives his work a wonderful freshness and vitality with the immediacy of the moment captured. In 1980 he was elected to the Royal Glasgow Institute of the Fine Arts (RGI) and in 1990 he was awarded an Honorary Doctorate from the University of Strathclyde. He received numerous prestigious awards during his long career. He exhibited throughout the UK also in New York and Hong Kong, and his work is in many public (including Glasgow Galleries & Museums and The Hunterian), corporate and private collections.