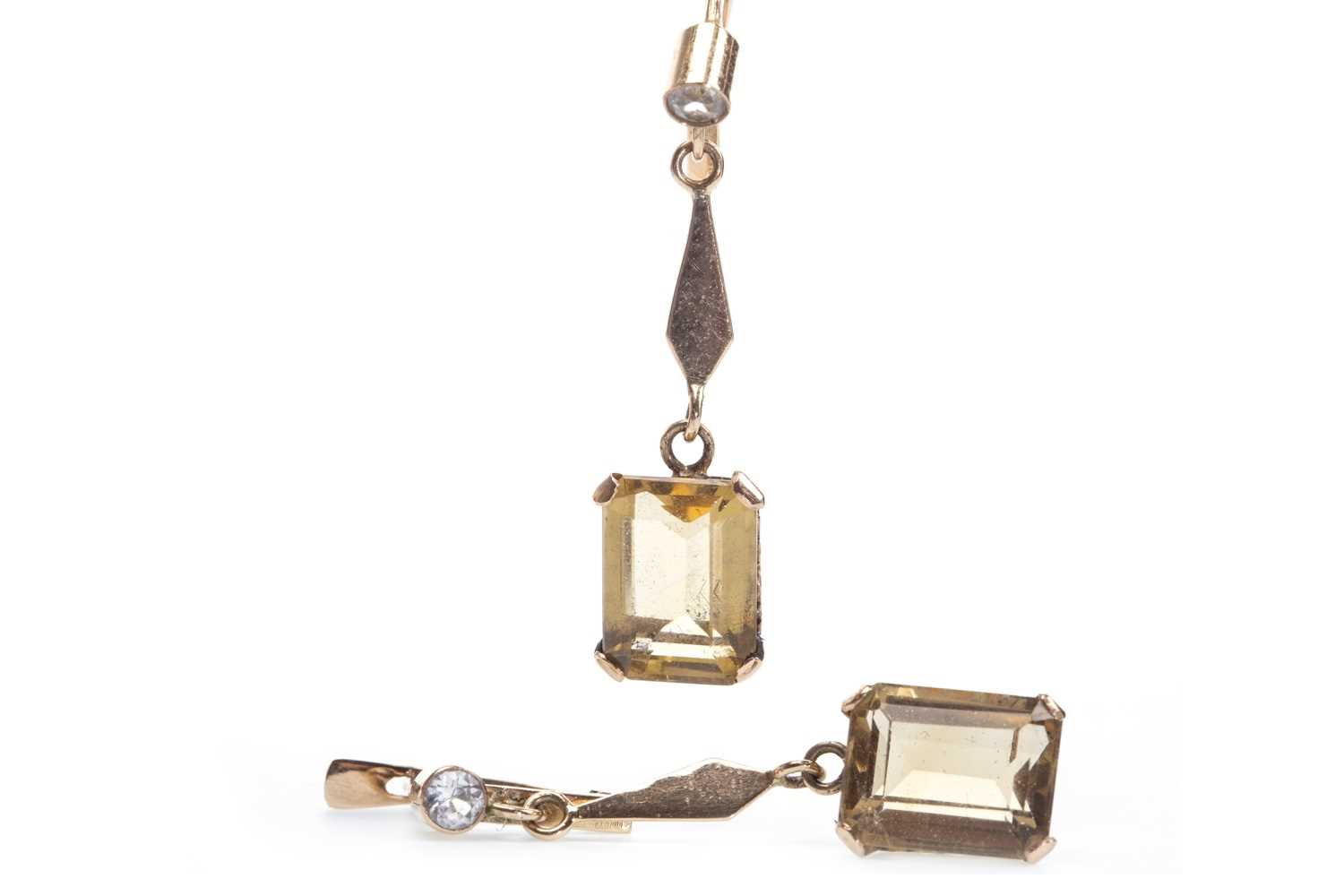 A PAIR OF CITRINE DROP EARRINGS

PAIR OF CITRINE DROP EARRINGS,
mid twentieth century, each formed by a step cut citrine 11.5mm long, suspended from a kite shaped bar, in turn suspended from a gem set stud, with post and clip over fittings, unmarked, 5.8g gross