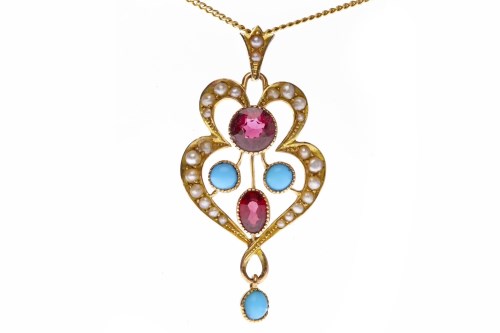 Lot 16 (Jewellery Including a collection of Victorian & Edwardian, 14th January 2018)

EDWARDIAN NINE CARAT GOLD GARNET AND SEED PEARL PENDANT openwork and set with an oval and a round garnet each in millegrain edged collet settings and within a graduated split pearl set border, 41mm high including bale, on a later nine carat gold chain, 4.4g gross