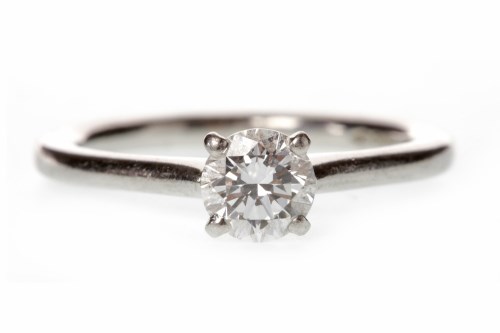 Condition report
In worn condition with scratches and nicks to the shank.
No damage to the stone.
Build up of dirt underneath the stone.
To the naked eye, the stone has a slight grey tint to it.
No inclusions are visible to the naked eye.
Under magnification, there appears to be a cluster of brown inclusions.
All claws intact - two slightly worn down.
Stone secure.