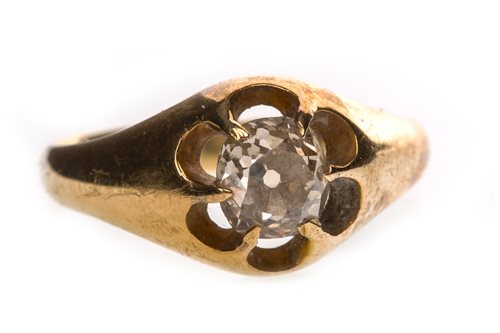 Condition report
In worn condition.
Shank scratched and marked.
Diamond dirty underneath giving it a cloudy appearance.
To the naked eye:
No inclusions visible.
Under magnification:
Very slight black and white inclusions visible.
Chipped and abraded to the girdle/table.
All claws intact.
Stone secure.
Shank porous.