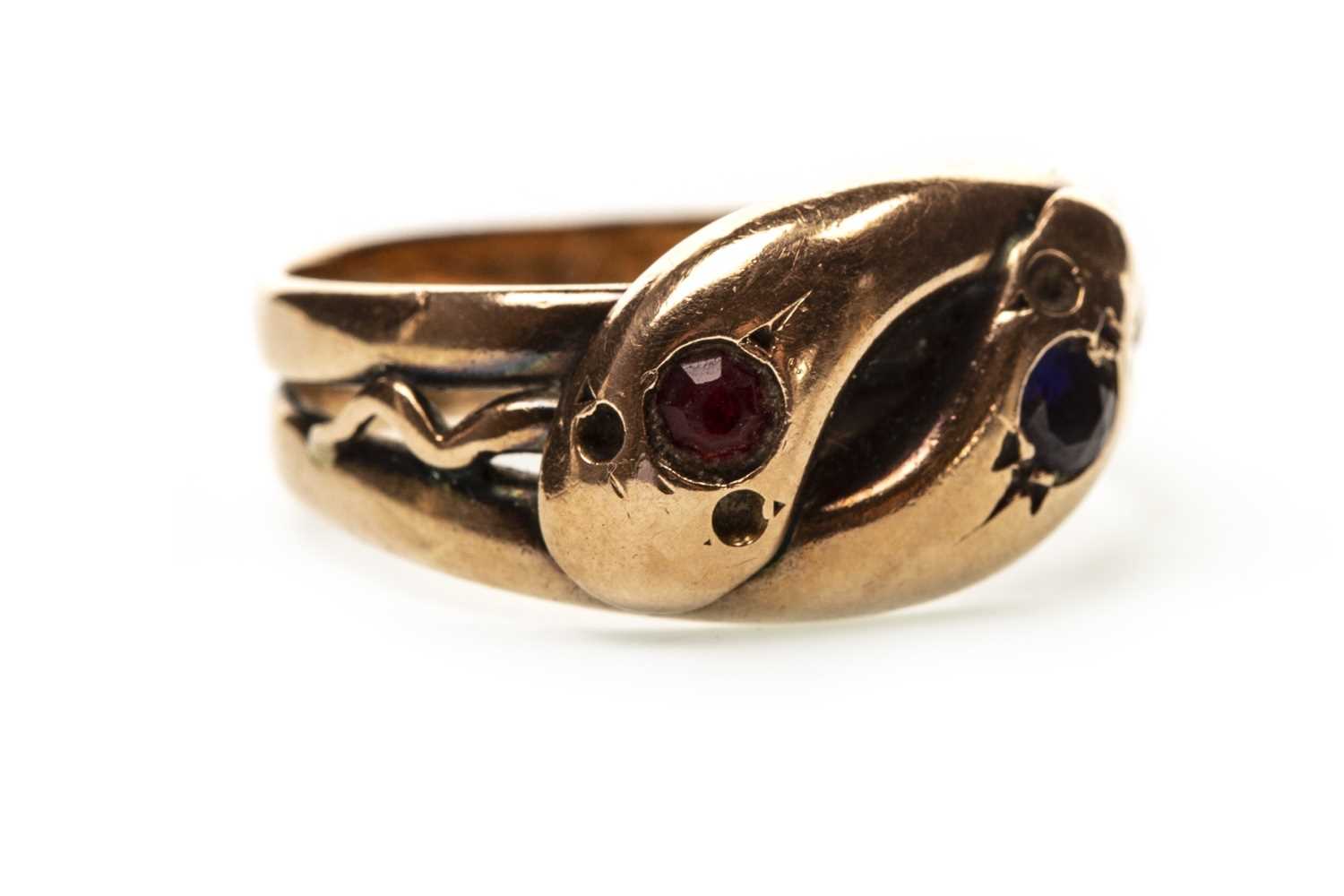 VICTORIAN GOLD GEM SET SERPENT RING,
formed by two crossover snake motifs, one set with a round blue gem, the other with a red gem, with full Birmingham hallmarks, size P 1/2, 4.7g