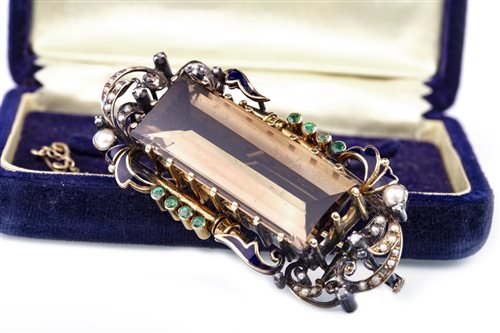 
In worn condition.
Metal discoloured in parts.
Damage to some seed pearls, some missing.
Quartz in worn condition - scratched and scuffed to the surface.
Pin bent.
Enamel chipped.
Box not included - not original.