A BOUQUET FOR HER MAJESTY, AN OIL BY STANLEY CURSITER 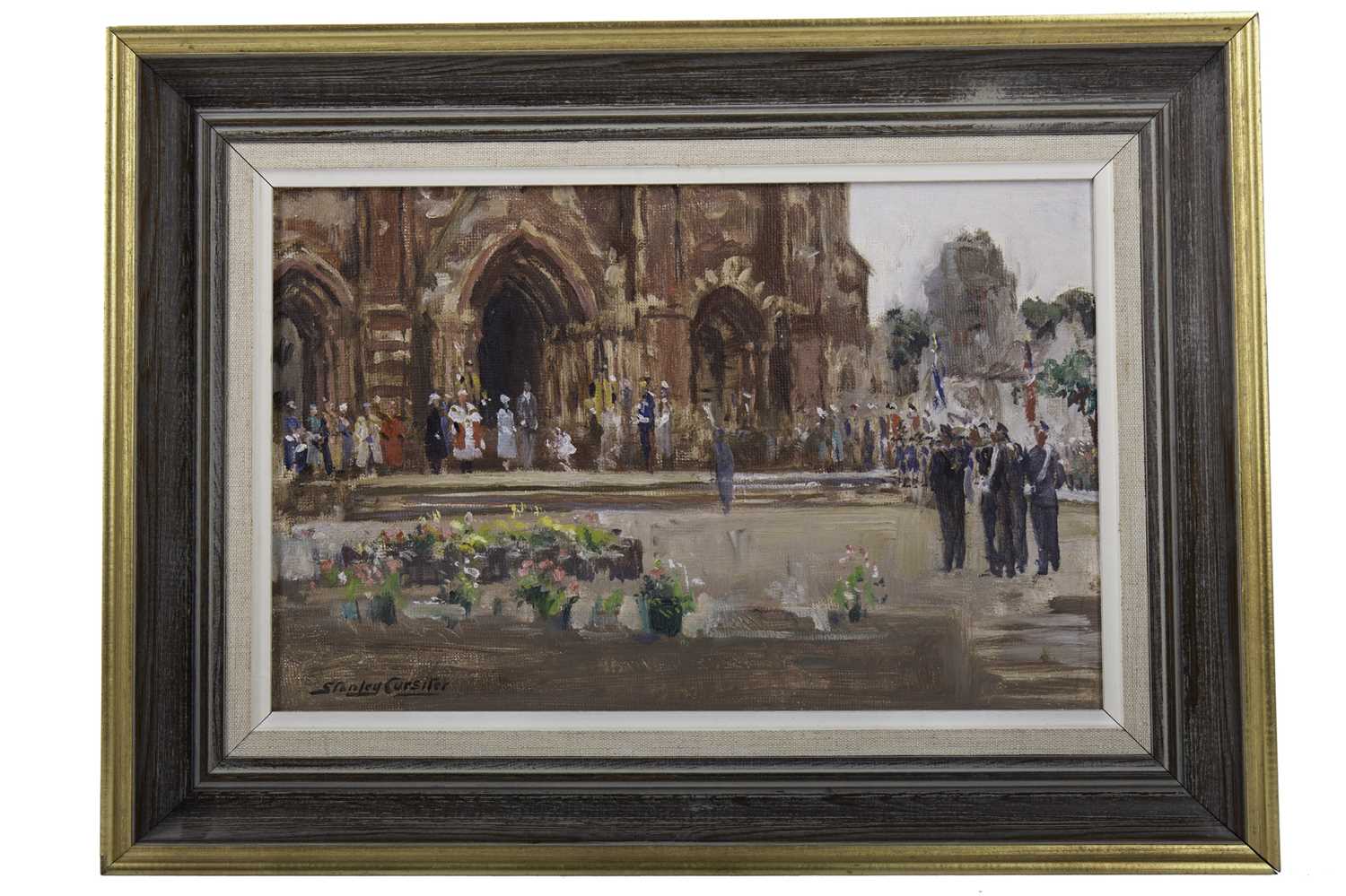 A BOUQUET FOR HER MAJESTY, AN OIL BY STANLEY CURSITER

* STANLEY CURSITER CBE FRSE FRIAS FEIS RSA RSW (SCOTTISH 1887 - 1976),
A BOUQUET FOR HER MAJESTY
oil on canvas board, signed, titled label verso
image size 19cm x 29.5cm, overall size 30cm x 40cm
Framed.
Labels verso: Aitken Dott & Sons, Edinburgh (now The Scottish Gallery).
Provenance: Private collection Inverness-shire.
Note: "A Bouquet for Her Majesty" is understood to be the final preparatory study for the 1960 work 'HM Queen Elizabeth II Outside St Magnus Cathedral' by Stanley Cursiter, a 100cm x 151cm oil in the collection of Orkney Islands Council and hung in the Kirkwall and St Ola Community Centre and Town Hall. Born in Kirkwall, Orkney, Stanley Cursiter was one of Scotland's most prolific and celebrated twentieth-century painters as well as being a writer and curator. He was one of the first students of the newly-opened Edinburgh College of Art and played an important role in introducing Post-Impressionism and Futurism to Scotland. He was appointed Director of the National Galleries of Scotland in 1930 and King's Limner for Scotland in 1948. Cursiter initiated the campaign to create a Scottish National Gallery of Modern Art. One hundred and seven examples of Cursiter's work are held in UK public collections.