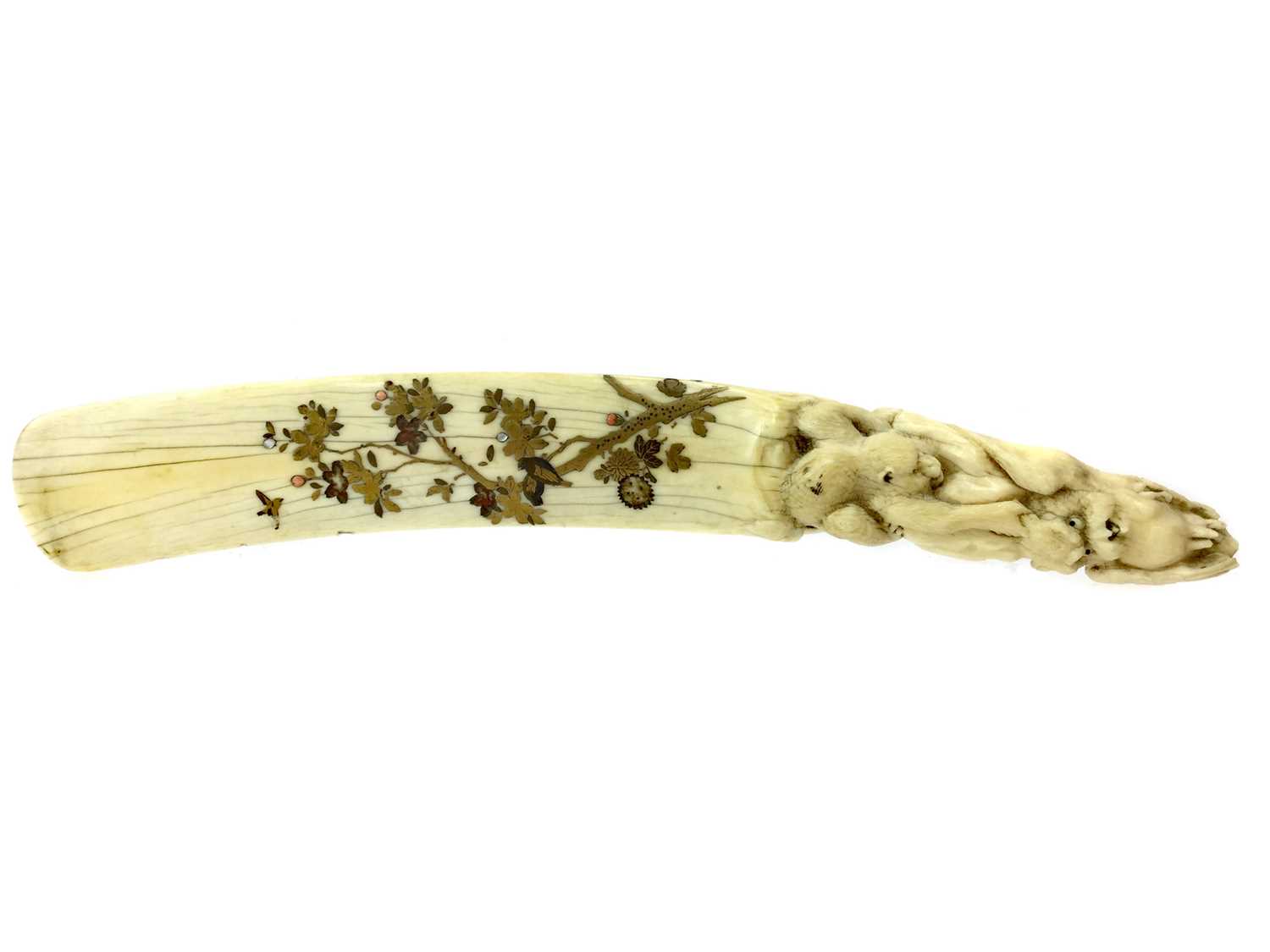 
Three small chips to one edge, seven losses of mother of pearl inlays, hairline cracks running through the whole object, all visible in added images.

LATE 19TH/EARLY 20TH CENTURY JAPANESE SHIBAYAMA IVORY SHOE HORN,
the handle modelled with an owl and monkey, the blade inset with mother of pearl and other flowers among birds on branches, 29.5cm long