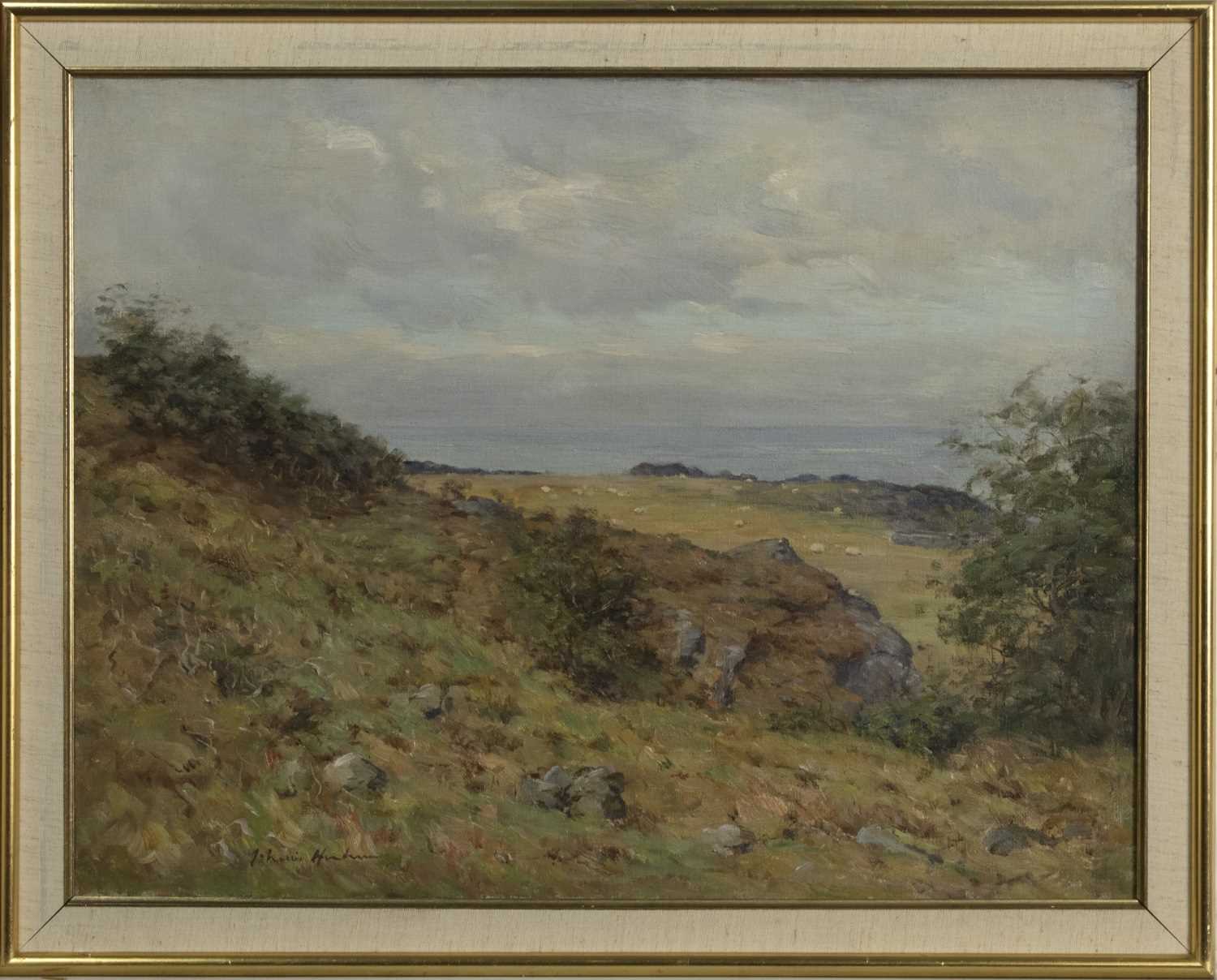 JOSEPH MORRIS HENDERSON RSA (SCOTTISH 18603- 1936),
AYRSHIRE COASTLINE
oil on canvas, signed
image size 50cm x 65cm, overall size 59.5cm x 74cm
Framed.
Note: Joseph Morris Henderson RSA (1863–1936) was a Scottish Glaswegian landscape, portrait, genre and coastal scenery artist. He was the brother of John Henderson; both were the sons of Joseph Henderson RSW, in a family of Scottish painters. He painted in oils as well as watercolours. Morris Henderson studied art at the Glasgow School of Art and at Glasgow University. He was elected an associate Royal Scottish Academy in 1928, followed in 1936 by a full membership. He is mentioned in The Dictionary of British Artist and The Dictionary of Scottish Painters. Exhibitions of his works were held in London at the Royal Academy and the New Gallery. In Liverpool at the Walker Art Gallery and in Manchester at the Manchester City Art Gallery. In Scotland, he exhibited at the Glasgow Institute of the Fine Arts, Royal Scottish Academy in Edinburgh and the Royal Scottish Society of Painters in Water Colours.