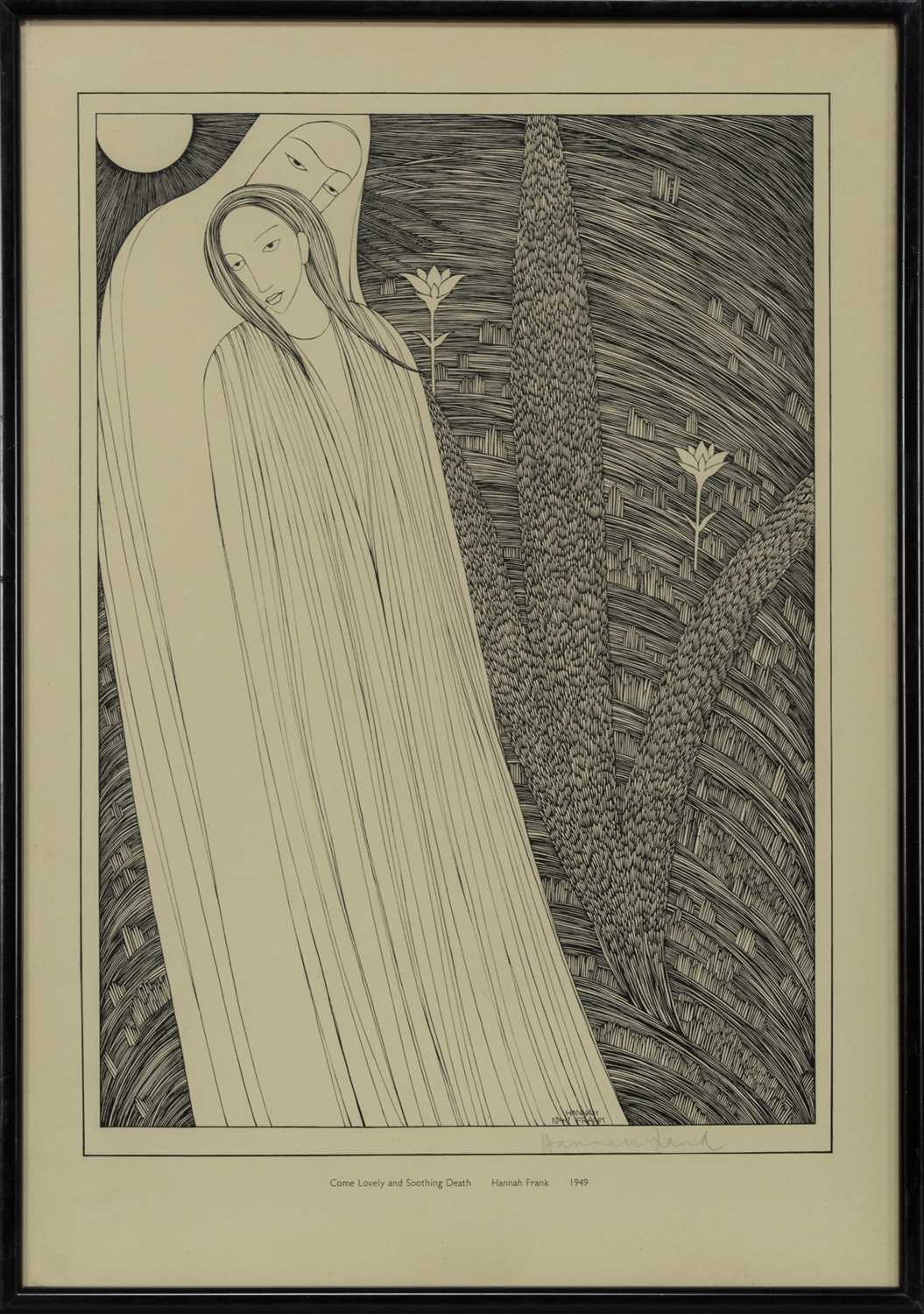 * HANNAH FRANK (SCOTTISH 1908 - 2008),
COME LOVELY AND SOOTHING DEATH (1949)
lithograph, signed in pencil, titled
image size 36cm 25.5cm, sheet size 44cm x 31cm, overall size 46.5cm x 33cm
Framed and under glass.
Note: Since McTear's first promoted Hannah Frank's spectacular work in 2011, the prices for her ever more rare pencil signed lithographs have continued to rise with many current prices being more than four times higher than those achieved less than a decade ago. The UK auction record for a Hannah Frank signed print had been £650 (achieved by McTear's) until the Scottish Contemporary Art Auction of 24th October 2021 when lots 577 & 578 each sold for £820 (hammer). Note: Hannah Frank was the last living link to the Arts and Crafts and Art Nouveau period. She studied at the Glasgow School of Art and Glasgow University in the 1920`s and her haunting pen and ink drawings have been exhibited at the Royal Academy, Royal Scottish Academy and Royal Glasgow Institute. A series of prints of some of her 90 drawings were made in the 1960's and again in the 1980's to satisfy demand for her work after exhibitions in Edinburgh and Glasgow. Only a relatively few of these prints were ever signed by Hannah who found the task of numbering and signing "tiresome". A major exhibition at the Royal Glasgow Institute in 2006 brought her work to a new generation of admirers and received considerable press coverage. Her work toured for five years in the UK and the USA culminating in an exhibition at Glasgow University which opened on her 100th birthday 23rd August 2008. After her death, she was awarded a posthumous Honorary Doctorate at Glasgow University and Glasgow City Council`s Lord Provost`s Award For Art (2009).