GHOSTLY FIGURES IN A MYTHICAL SCENE, A LARGE OIL BY BILL GILLON 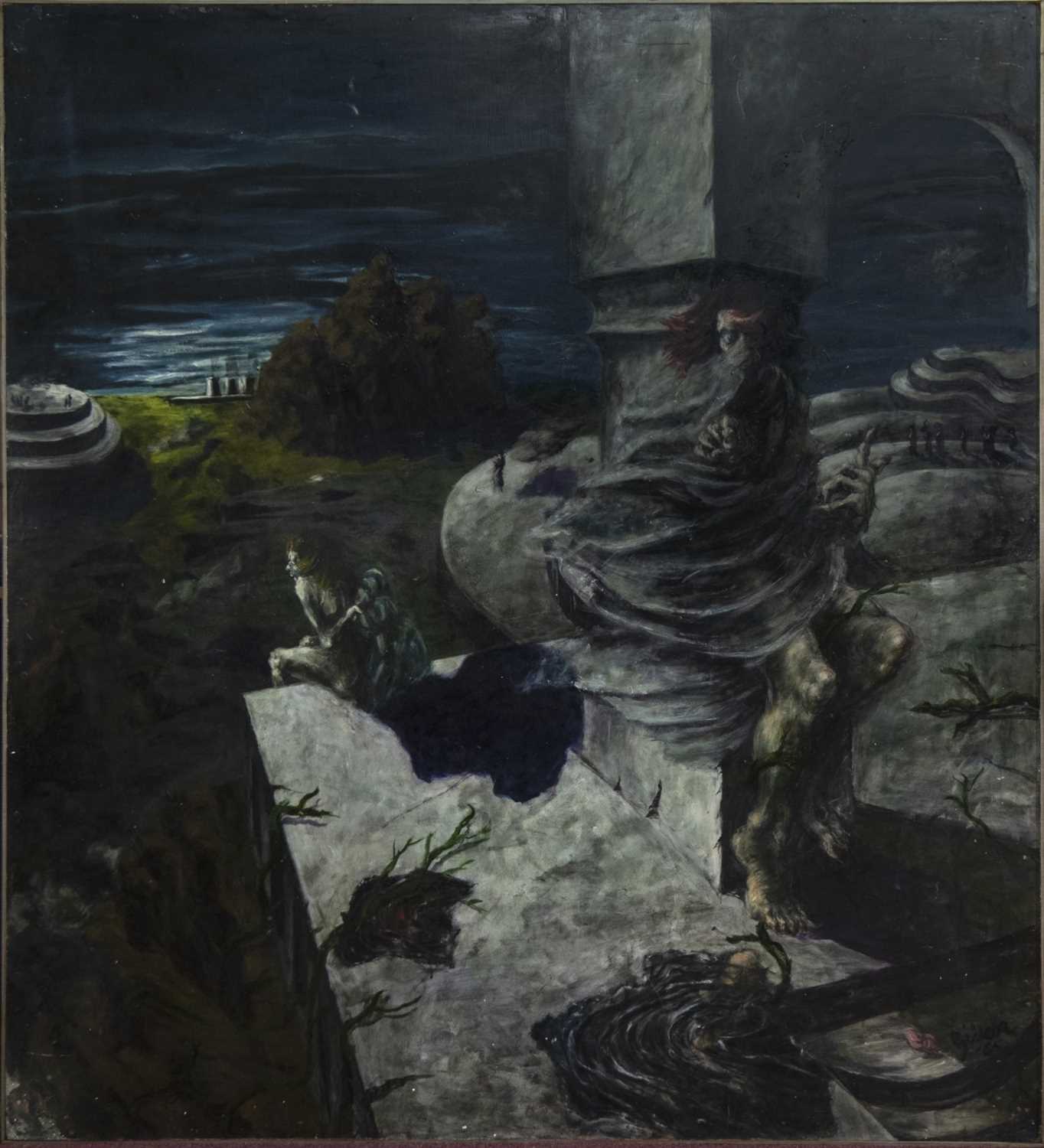 GHOSTLY FIGURES IN A MYTHICAL SCENE, A LARGE OIL BY BILL GILLON

* BILL GILLON PPSSA (SCOTTISH, 1942 - 2021),
GHOSTLY FIGURES IN A MYTHICAL SCENE
oil on board, signed and dated '65
image size 178cm x 159cm, overall size 180cm x 161cm
Framed.
Note: As a teenager Bill Gillon was encouraged by his art teacher Richard Demarco to train at art college. Few would doubt that Ricky Demarco recognised raw talent when he saw it. At art college Bill quickly gravitated towards figurative painting but latterly he had thought of studying sculpture. Both are dominant in the subject work of his paintings. Bill did not always work well with authority and towards the end of his college career found himself in the probably unique position of being suspended from college at the same time as being awarded a major painting prize. After college Bill taught at number schools including his old school Scotus before settling at Telford College (Edinburgh) for 30 odd years. Bill was a past president of the SSA (Society of Scottish Artists). The subject matter of Bill's work was often very dark (especially during the 70s). This and his uncompromising attitude towards showing and selling his work, led to controversy and a reputation for being difficult. The family believes that Bill had a stroke while in Amsterdam about 10 years ago and he was unable to paint or draw in the last decade of his life. Only a few years after the first, The Scottish Arts Club (Edinburgh) staged their second retrospective exhibition of Bill Gillon's work in 2018. The Scottish Arts Club website stated "We are delighted that our current exhibition of work by Bill Gillon is sufficiently exciting that it is generating wonderful feedback, encouraging sales and press attention". We have only offered two works by Bill Gillon in recent years, both small examples from the personal collection of the late Jan Morrison (Proprietor The Leith Gallery, Edinburgh) which achieved hammer prices of £420 & £460 (both May 2021).