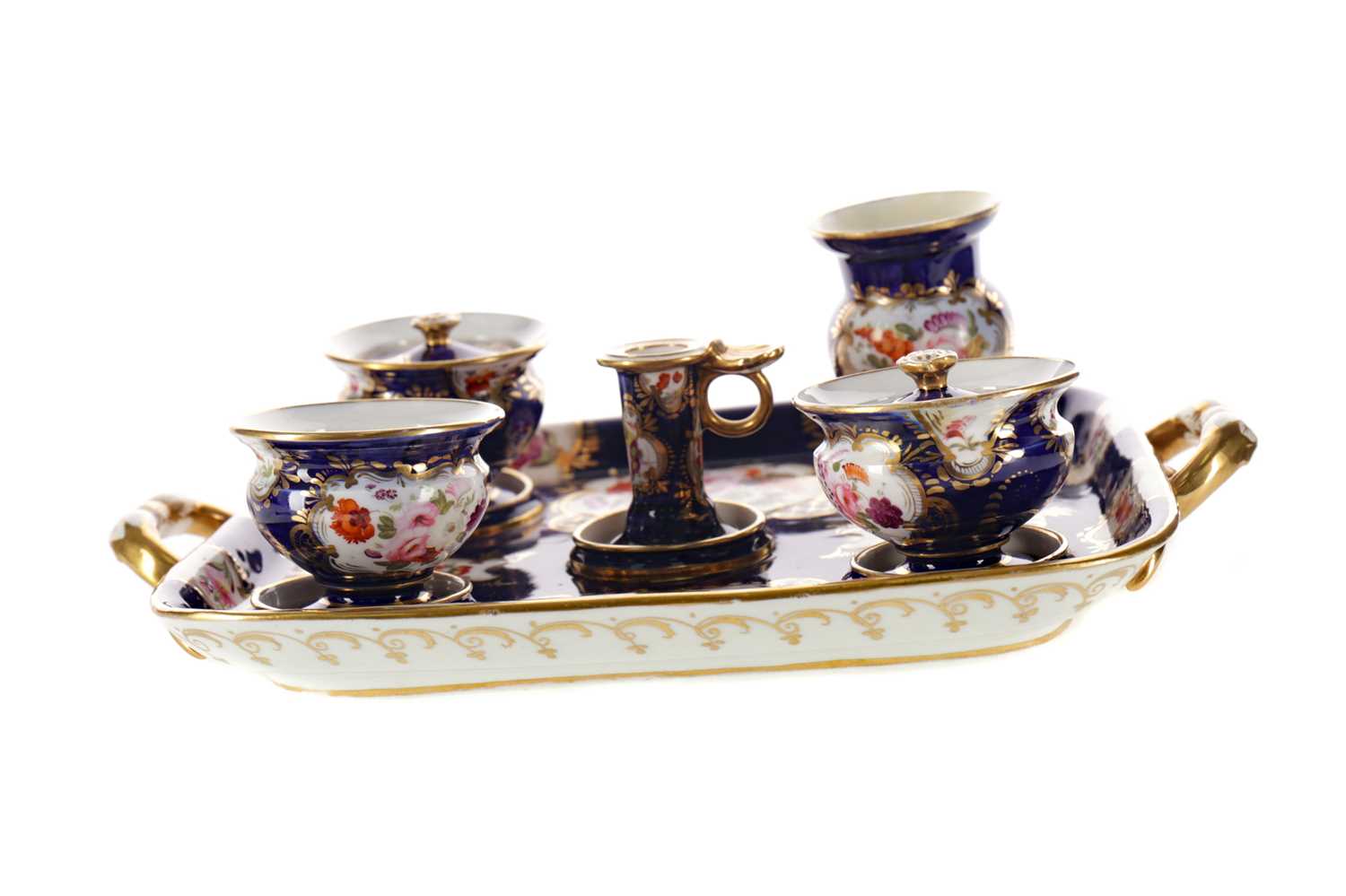 Condition report
Condition good to fair.
Tray, along with the two lidded jars and the taperstick are generally good with light surface wear and crazing.
The smaller jar is lacking it's lid, also showing a section of white paint residue to rim which may cover possible restoration.
The taller jar has this around the rim, with evidence of a hairline crack to the rim.
The tallest jar is 8cm high.
These bear no facotry marks.
Additional images now available.