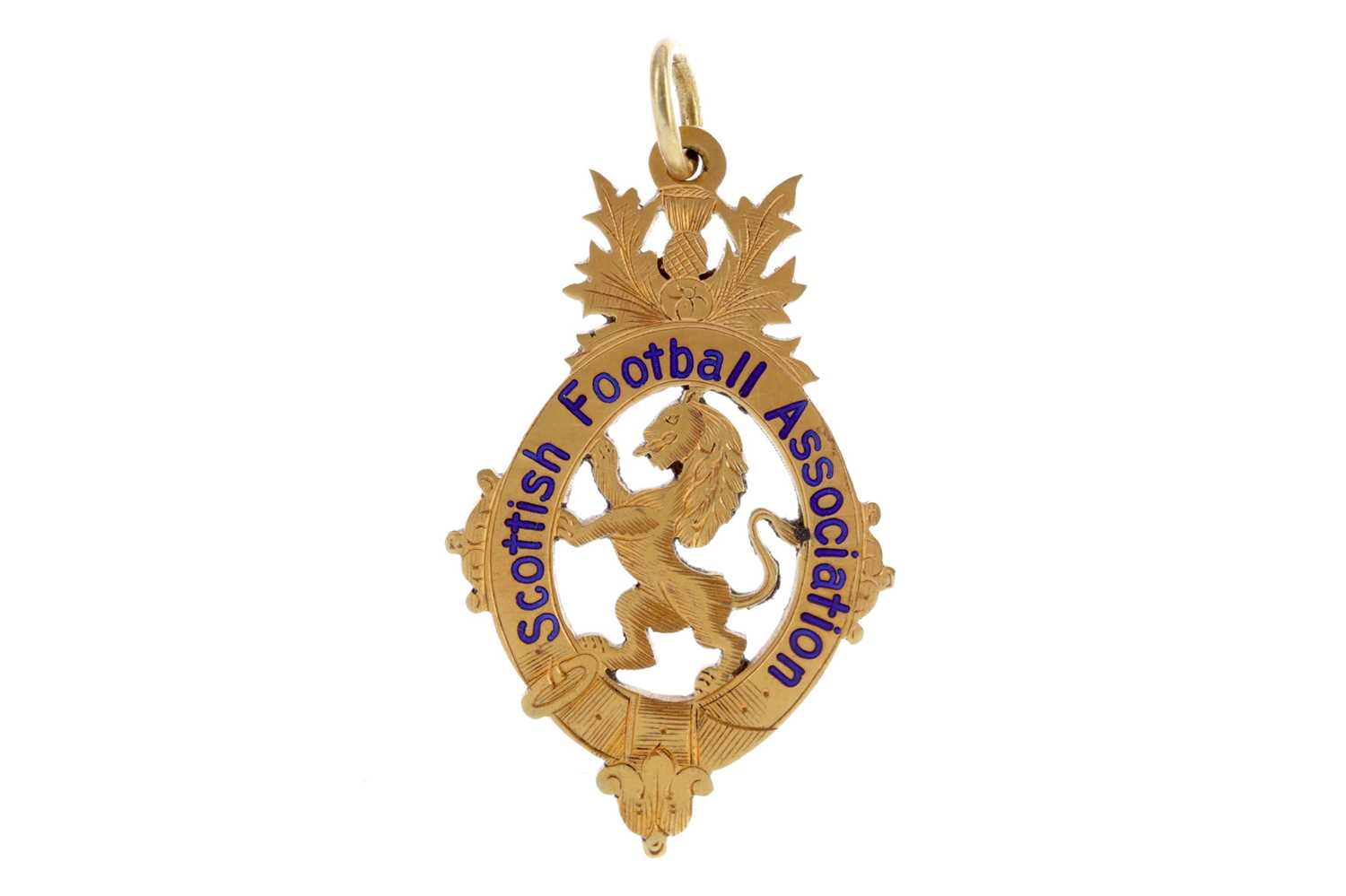 Note: William 'Willie' Nicholson started his senior career with Queen's Park, before signing for Rangers F.C. in 1929. He would go on to make 70 appearances for Rangers, winning the League with the club three times, and lifting the Scottish Cup once, for which this medal was awarded. This Scottish Cup medal was well earned by Nicholson, who bagged a brace in the final against St Mirren F.C. on 21 April 1934. The match at Hampden Park eventually ended with a triumphant 5-0 win for the Boys in Blue.