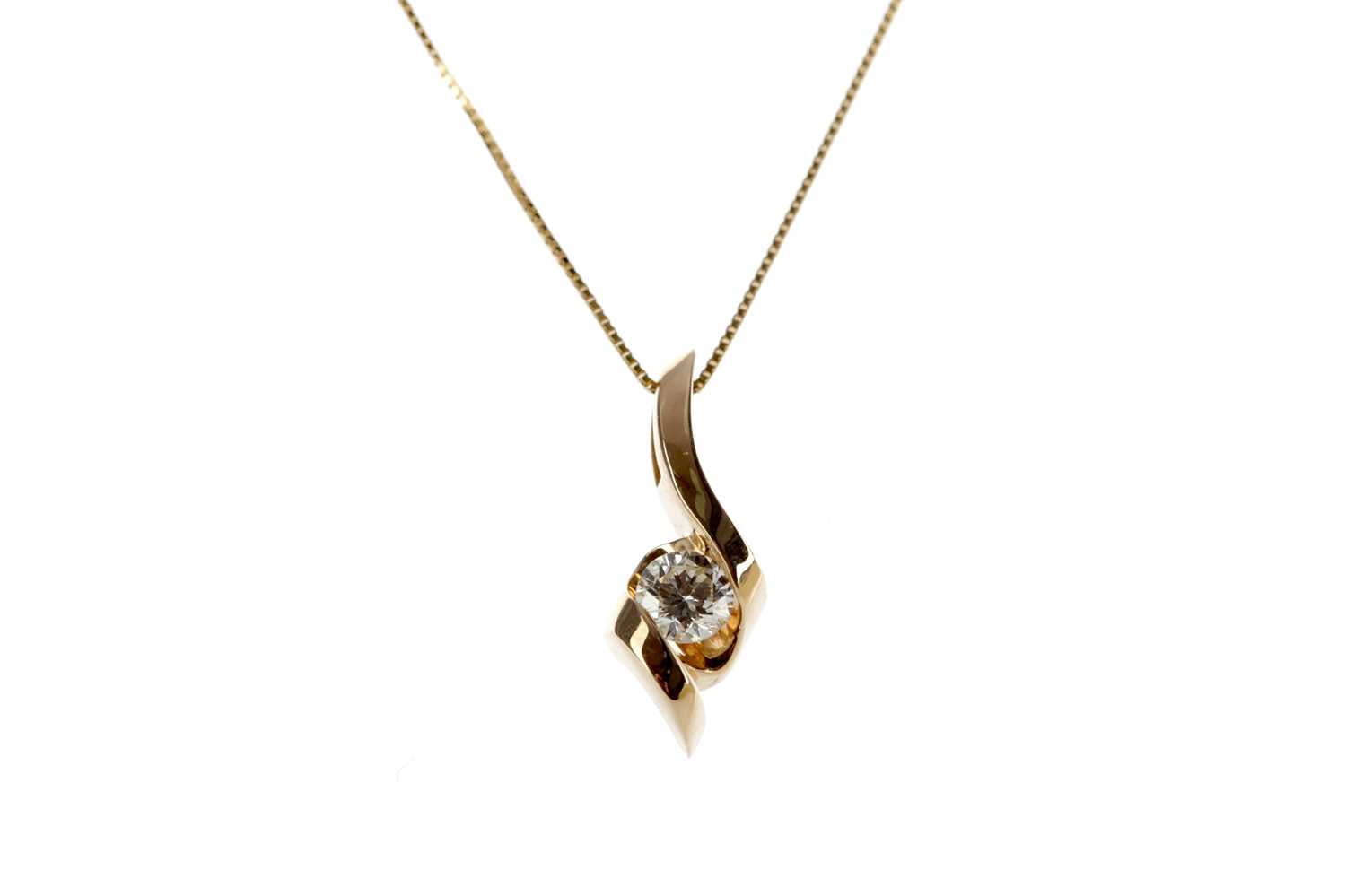 Condition report
In lightly worn condition.
Stone of a good white colour, very slight hint of yellow.
Some mainly white and light brown inclusions visible under magnification.
No breakages to the chain.
Clasp in working order.