A PEEP AT THE NIGHT, AN OIL BY DAVID EVANS ARCA RSA RSW 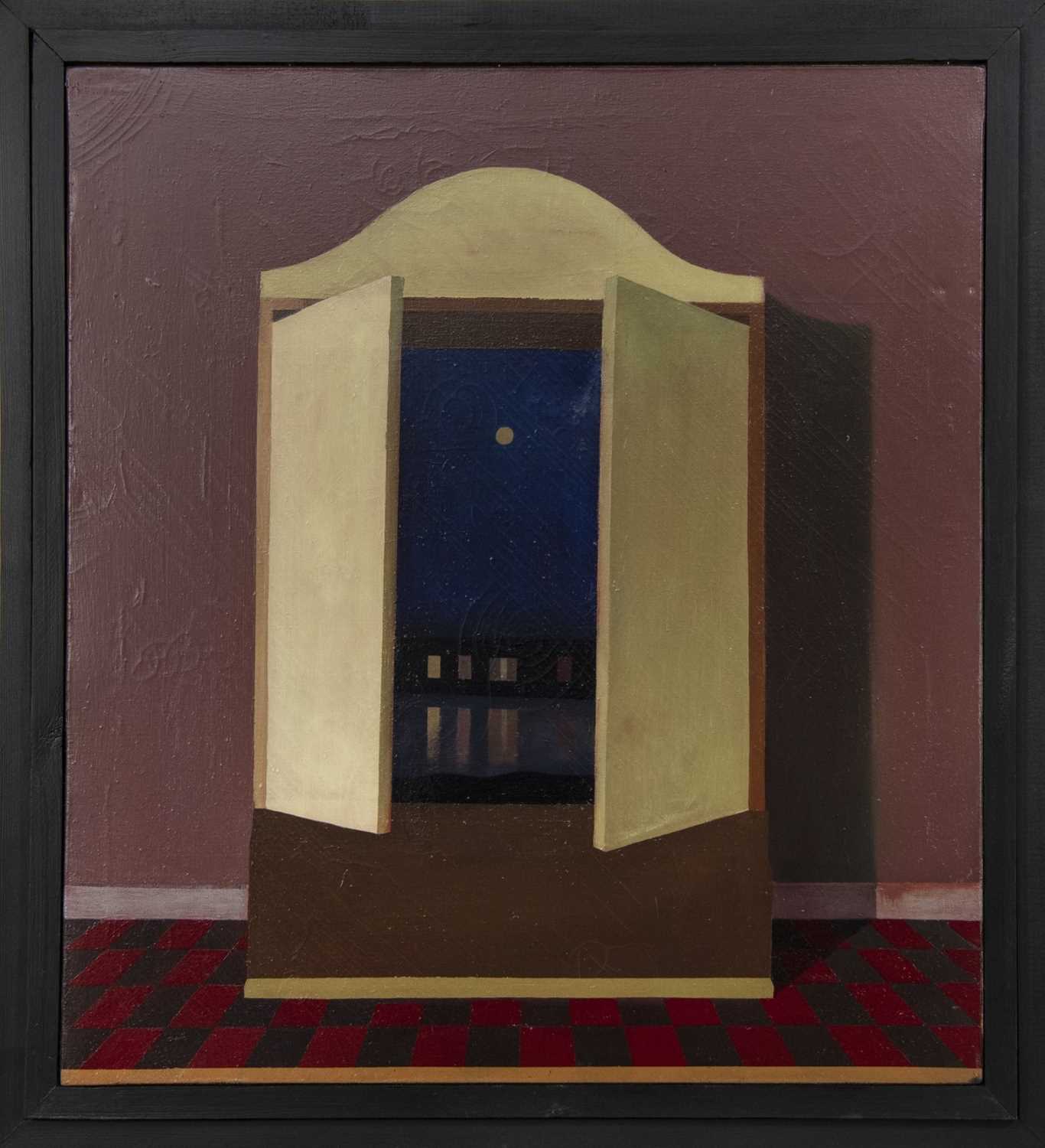 A PEEP AT THE NIGHT, AN OIL BY DAVID EVANS ARCA RSA RSW

* DAVID EVANS, ARCA RSA RSW (1942–2020)
A PEEP AT THE NIGHT
oil on canvas, titled and dated 1969 verso
image size 68cm x 61cm, overall size 77cm x 70cm
Framed.
Note: David Pugh Evans was a Welsh-born artist who lived and painted in Edinburgh. He produced hyperrealist paintings of seemingly mundane interior views, still lifes, building facades and street scenes. David Evans was born in South Wales in 1942 and studied at Newport College of Art from 1959 to 1962 and the Royal College of Art, London from 1962 to 1965. He moved to Scotland and became Lecturer at Edinburgh College of Art in 1965 until his retirement in 1998. He has travelled and studied extensively throughout the United States of America; his earlier paintings of sidewalk views, interchanges and exterior neon and directional signage are a nod to the work of super-realists such as Richard Estes. Since his first exhibition in Edinburgh in 1966, Evans exhibited regularly in Scotland and London. A large retrospective of his work was held at the Fruitmarket Gallery, Edinburgh in 1982. His primary gallery in Scotland was (and still is) the prestigious Open Eye Gallery (Edinburgh).