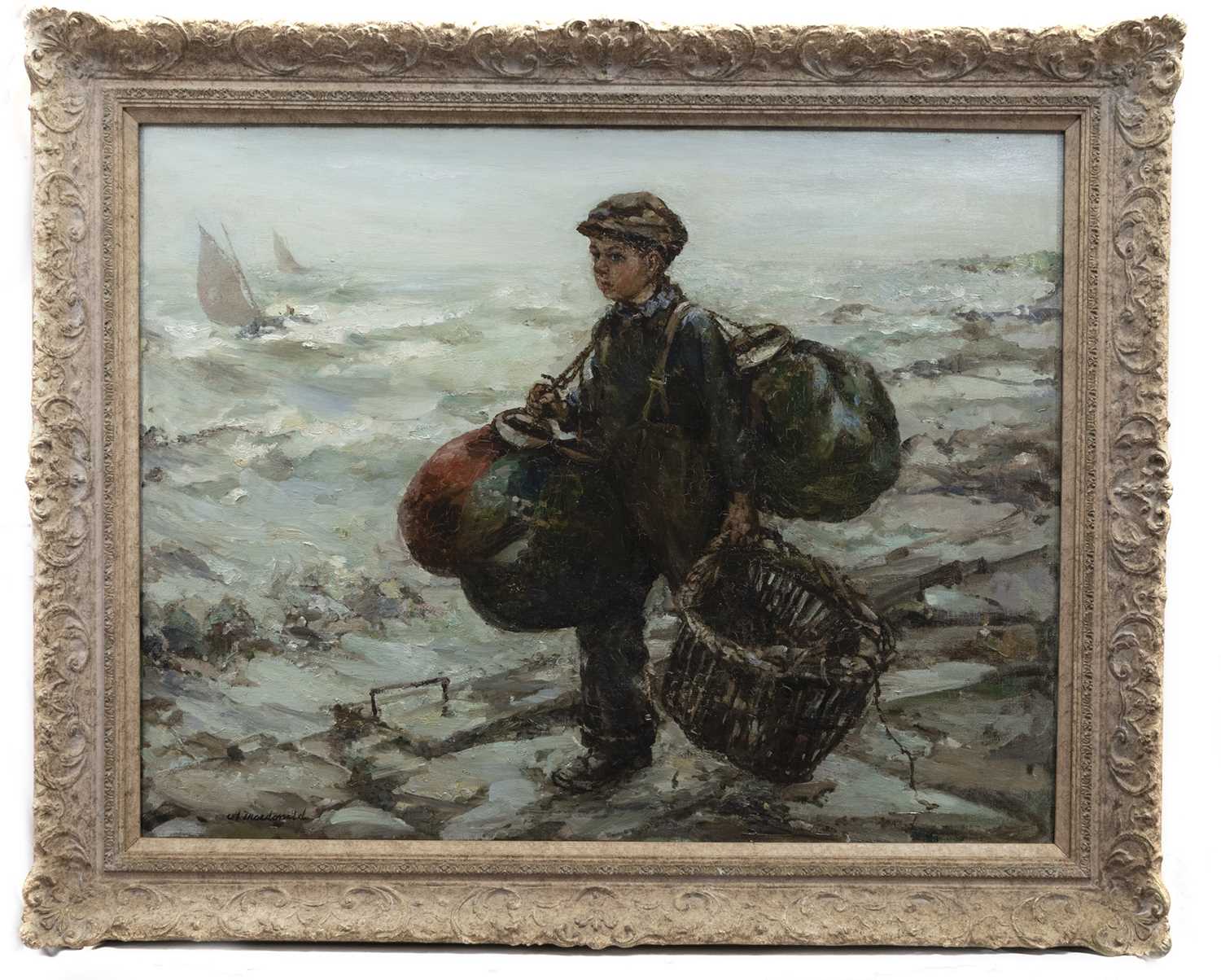 ARTHUR MACDONALD (SCOTTISH fl. 1895 - 1940),
CARRYING CREELS
oil on canvas, signed
71cm x 92cm
Framed.
Note: Arthur MacDonald lived in Pittenweem, Fife and the Royal Scottish Academy Exhibiting Records show him as living at "Sunnyside, Fernlea, 21 Charles Street and 11 Charles Street" (all four addresses in Pittenweem) between 1906 and 1943 during which time he had thirty-one pictures accepted for the RSA Annual Exhibitions. Some of his paintings show Scottish Colourist influences and it's a surprise to many (including the writer) that his auction prices remain erratic. "The Quay at Pittenweem", was sold by Sotheby's (Gleneagles) 30.08.2008 lot 927 for £5400 (premium) and "Pittenweem Harbour" was sold by Bonhams, Edinburgh 13.04.2006 lot 37 for £3000. Other recent auction prices have been recorded at £3400 and £1700.