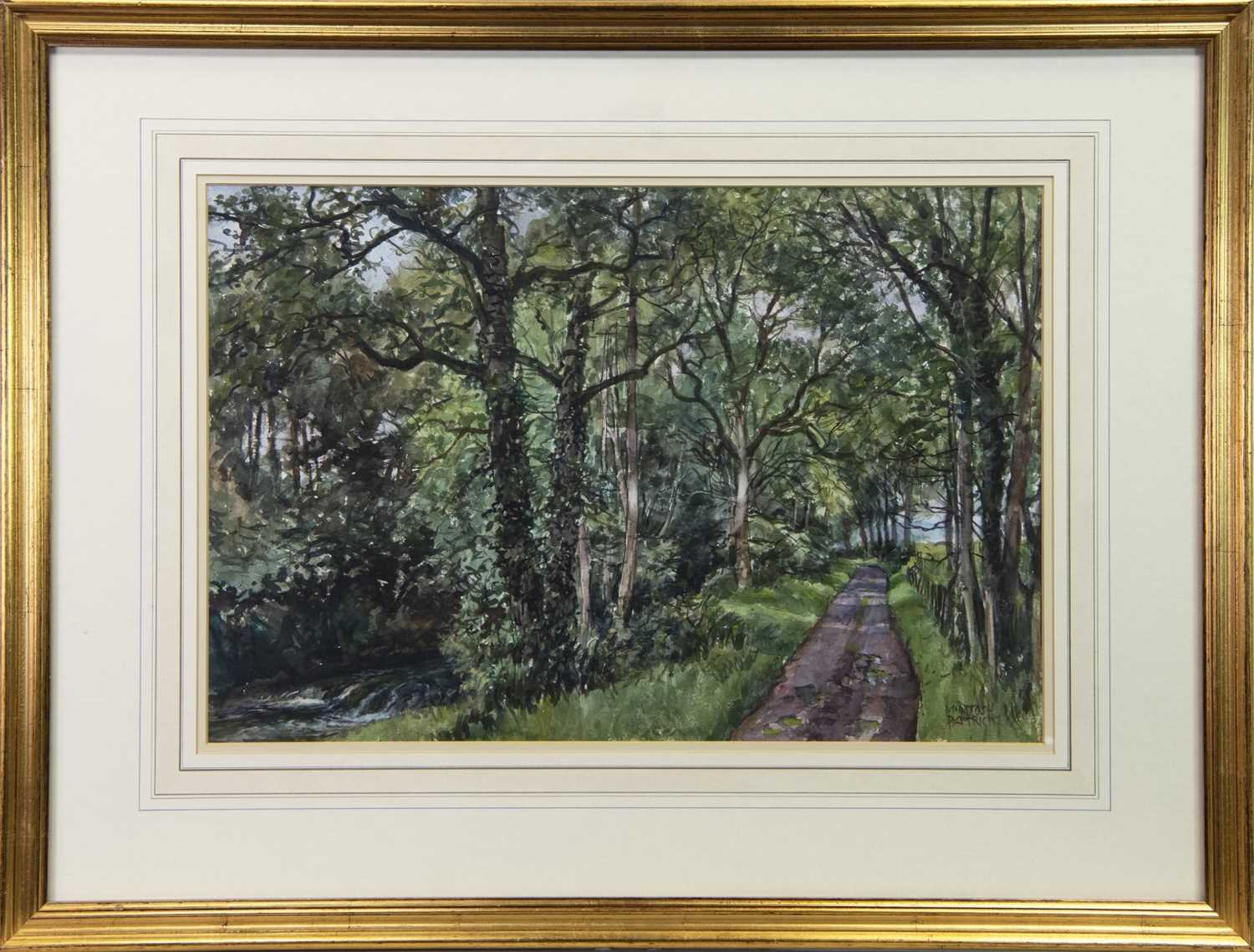 THE AVENUE, ARBIRLOT, A WATERCOLOUR BY JAMES MCINTOSH PATRICK

* JAMES MCINTOSH PATRICK LLD RSA ROI ARE (SCOTTISH 1907 -1998),
THE AVENUE, ARBIRLOT
watercolour on paper, signed; titled verso
36cm x 54cm
Mounted, framed and under glass
Label verso: Fraser and Son, Fine Art Dealers, 38-40 Commercial Street, Dundee.
Note: A fine example of McIntosh Patrick's work in watercolours. After the war Patrick returned to Dundee with his wife and family and began painting outdoors rather than in the studio which he had upstairs in his house. By the 1950's he had perfected his style and technique in outdoor landscape painting and began recording his beloved Angus countryside working in all seasons and all weather conditions. His style was traditional and he didn't have much time for ''contemporary'' interpretations of landscape. ''The Tay Bridge from My Studio Window'', painted in 1947, is probably the best known of Patrick's works and illustrates the detailed style which he had finally decided upon as suiting his temperament best. He was elected a full member of the Royal Scottish Academy in 1957. His reputation grew throughout the sixties and seventies and by the early eighties he was a giant in the Scottish art world. James McIntosh Patrick was an exemplar in his life and work and imparted his knowledge freely.