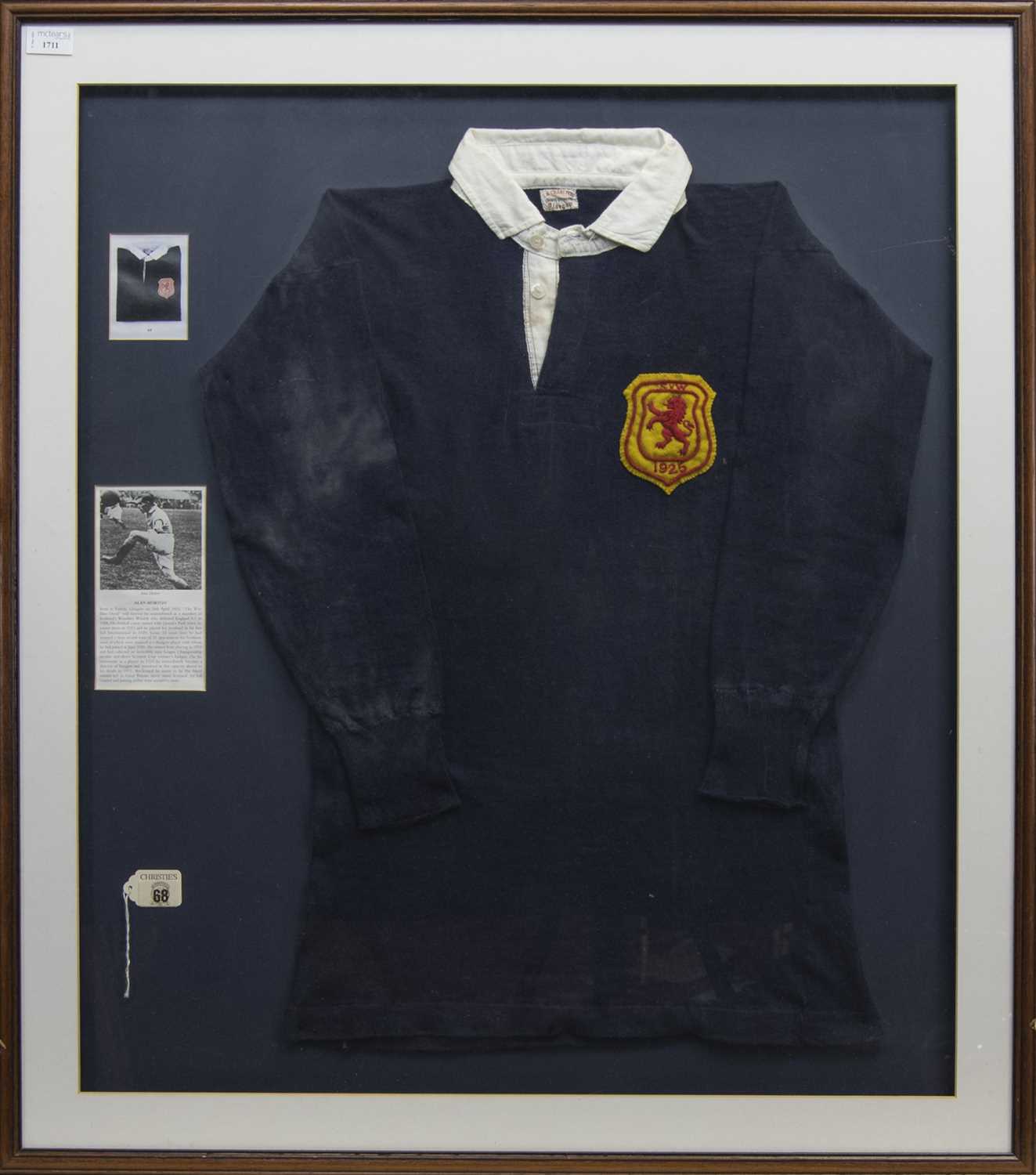 Note: Born in Partick, Glasgow on 24th April 1893, "The Wee Blue Devil" will forever be remembered as a member of Scotland's Wembley Wizards who defeated England 5-1 in 1928. His football career started with Queen's Park when he joined them in 1913 and he played for Scotland in his first full International in 1920. Some 12 years later he had amassed a then record total of 31 appearances for Scotland, most of which were attained whilst a Rangers player, with whom he had joined in April 1920. He retired from playing in 1933 and had collected an incredible nine League Championship medals and three Scottish Cup winner's badges. On his retirement as a player in 1933 he immediately became a director and Rangers and remained in this capacity until his death in 1971. Reckoned by many to be the finest outside left in Great Britain, never mind Scotland, his ball control and passing ability were second to none.

This jersey comes from the 1924-25 British Home Championship game against Wales. Scotland won the match 3-1, and went on to top the table winning all three of their games.