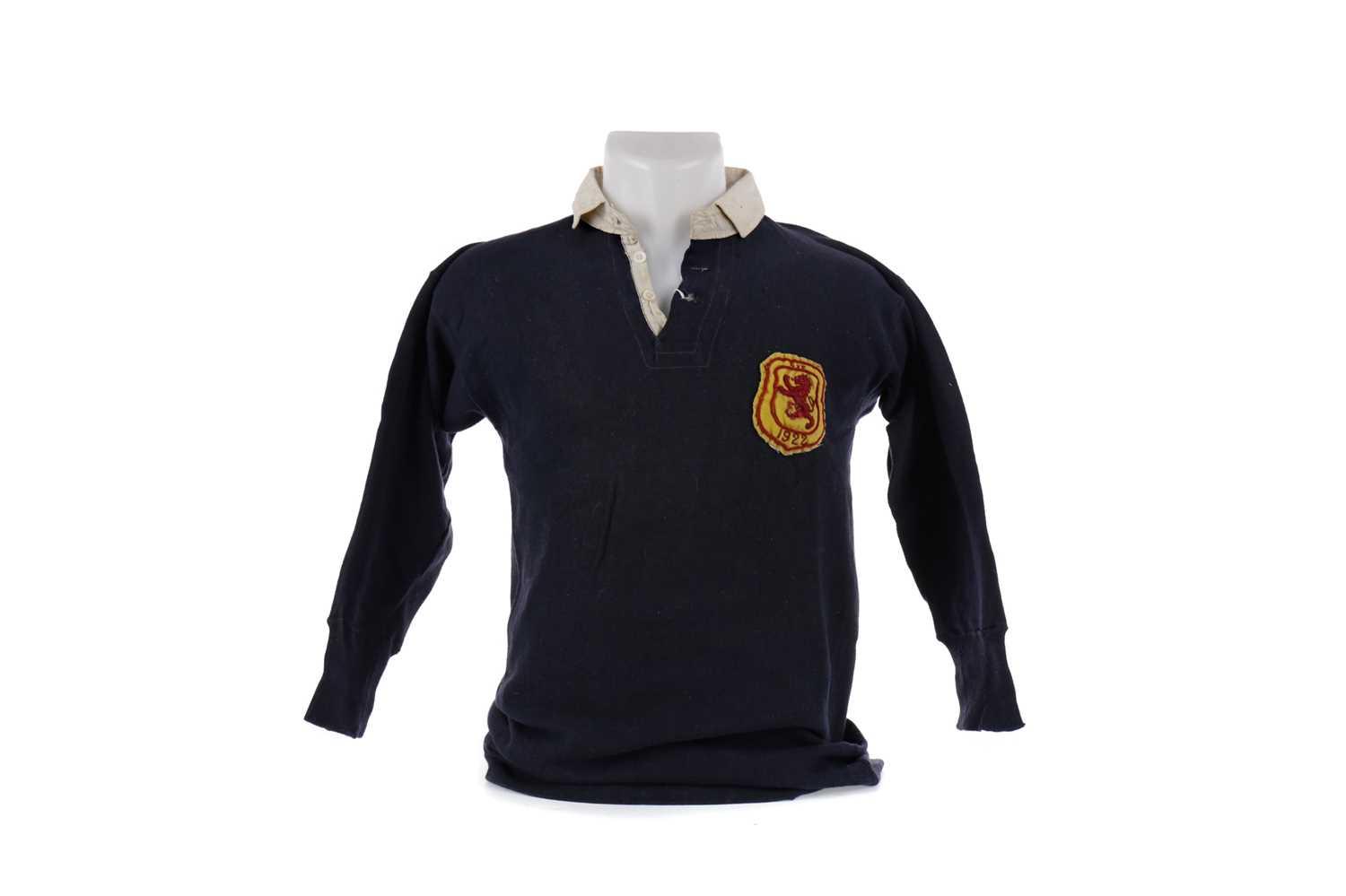 Note: Jimmy Blair was a Scottish International footballer, most famously remembered for playing in the 1925 FA Cup Final for Cardiff City. During the early 1920s, Blair became a regular for Scotland and won a total of eight caps, captaining the side on three occasions. This jersey comes from the last match of the 1921-22 British Home Championships against England. Scotland won 1-0, and were crowned champions.