THE HARVESTERS, AN OIL BY GEORGE SMITH 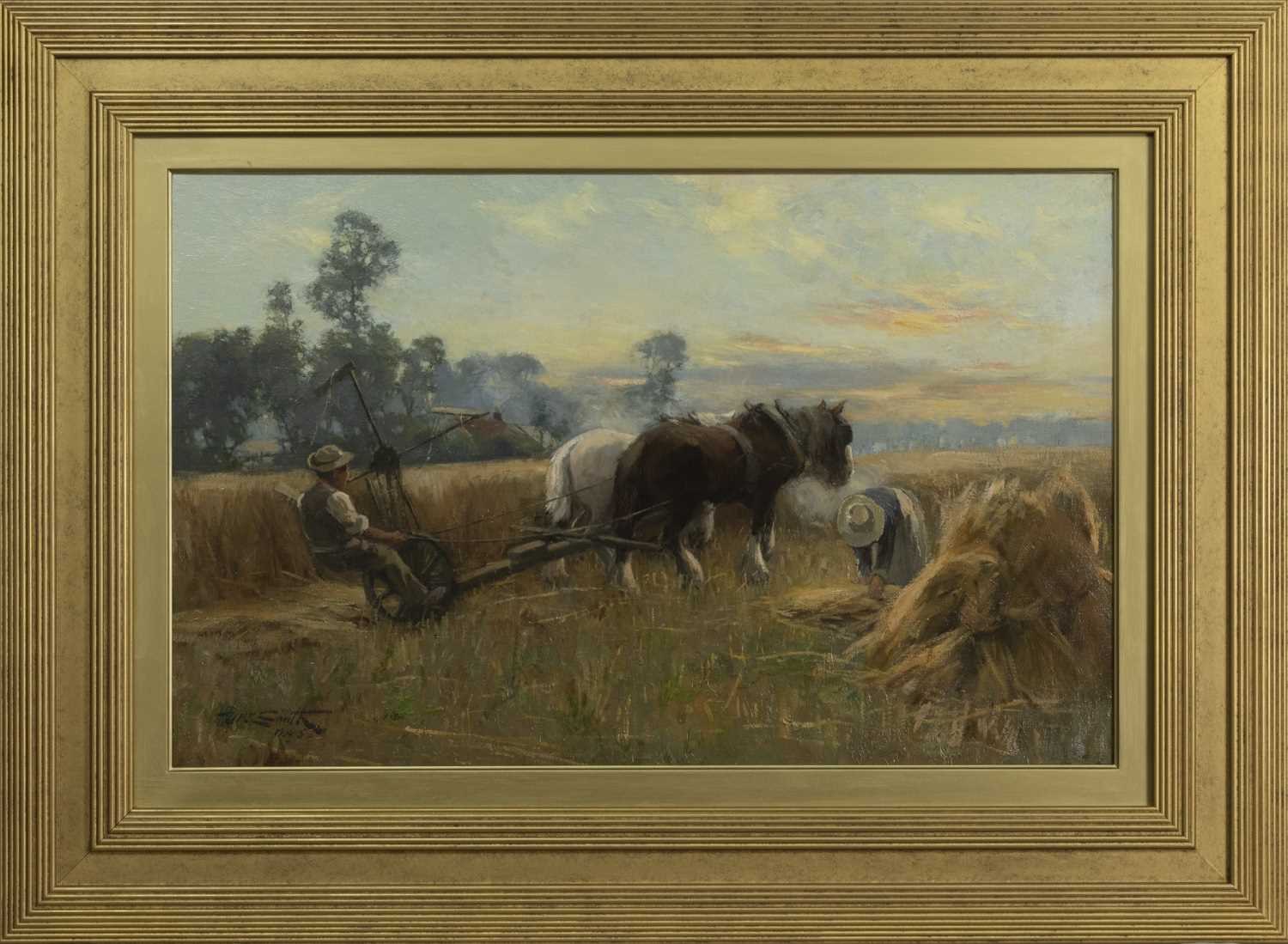 THE HARVESTERS, AN OIL BY GEORGE SMITH

GEORGE SMITH RSA (SCOTTISH 1870 - 1934),
THE HARVESTERS
oil on canvas, signed and dated 1904-5
image size 49cm x 77cm, overall size 73cm x 100cm
Framed.
Note: A very fine example of George Smith's work. George Smith was born on 2nd February 1870 in Mid Calder, a village formerly in the county of Midlothian. He attended George Watson's Boys College in Edinburgh from October 1882 and his formal training as an artist commenced at The Trustees Academy (Edinburgh) in 1885. At the age of nineteen Smith travelled to Antwerp to train under Verlat at Academie Royale des Beaux-Arts d'Anvers. After returning to Edinburgh he enrolled at the Royal Scottish Academy Life School where his fellow students included Samuel J Peploe and Robert Brough. Smith won the Keith Prize (1894) for the best painting by a student of the Life School at the RSA Annual Exhibition (interestingly beating both Peploe and Brough). George Smith had his first painting accepted for the RSA Annual Exhibition in 1888 when he was only eighteen years of age and probably uniquely had at least one painting accepted every year for the rest of his life. A total of 122 entries were accepted at the Royal Scottish Academy (RSA) until his death on 26th November 1934 and in 1935 a further five were exhibited. He also exhibited 87 paintings at the Royal Glasgow Institute (RGI) between 1892 and 1935. His work was also exhibited at Royal Academy (London), in Liverpool at The Walker Art Gallery, at Manchester and at the Royal Hibernian Academy in Dublin. He also exhibited abroad including at Rome (1911) and at The Munich International Exhibition in 1912. In an issue of "The Studio" in 1908, it stated, "in every important art centre from St Petersburg to Paris his work is favourably known". George Smith's considerable commercial success was probably why his style and subject matter of horses or cattle in association with man in a rural environment changed little during his career.