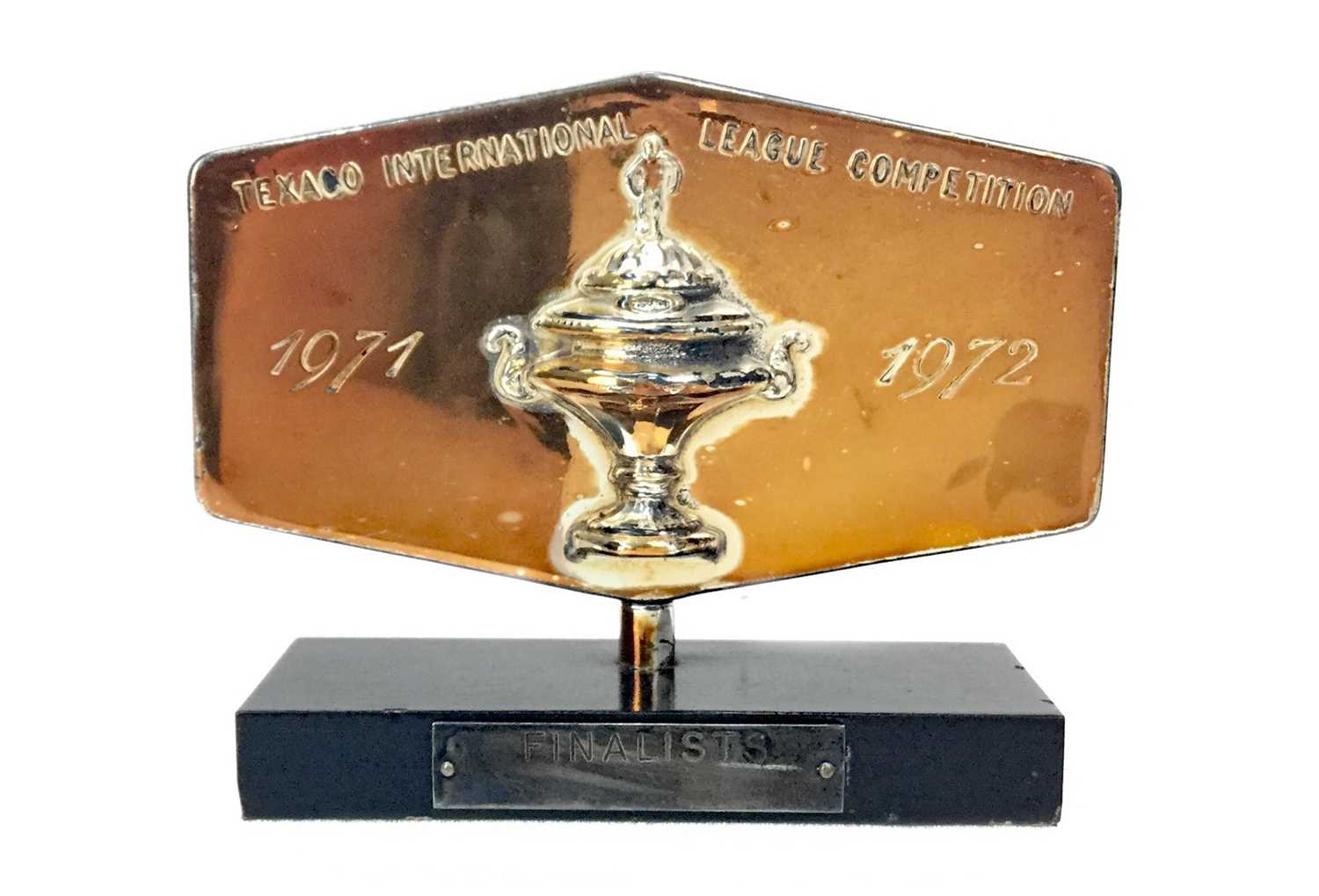 Note: The 1971-72 Texaco Cup was the second edition of the tournament sponsored by Texaco. The tournament was won by Derby County, beating the Airdrieonians in a two-legged final by 2-1 on aggregate. Despite a defeat in the final, the Airdrieonians enjoyed some exceptional games in earlier rounds of the cup. The first round saw Airdrieonians F.C. beat Manchester 4-2 on aggregate, with a two-all draw on 15 September 1971 followed by a spectacular 2-0 win a fortnight later.