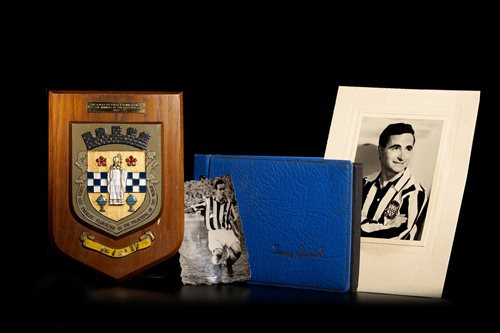 COMMEMORATIVE SHIELD AWARDED TO TOMMY GEMMELL OF ST MIRREN FC,
the shield 'Presented by Paisley Town Council to the Winners of the Scottish Cup 1959', 25cm high, along with three photographs of Tommy Gemmell (two in an album)