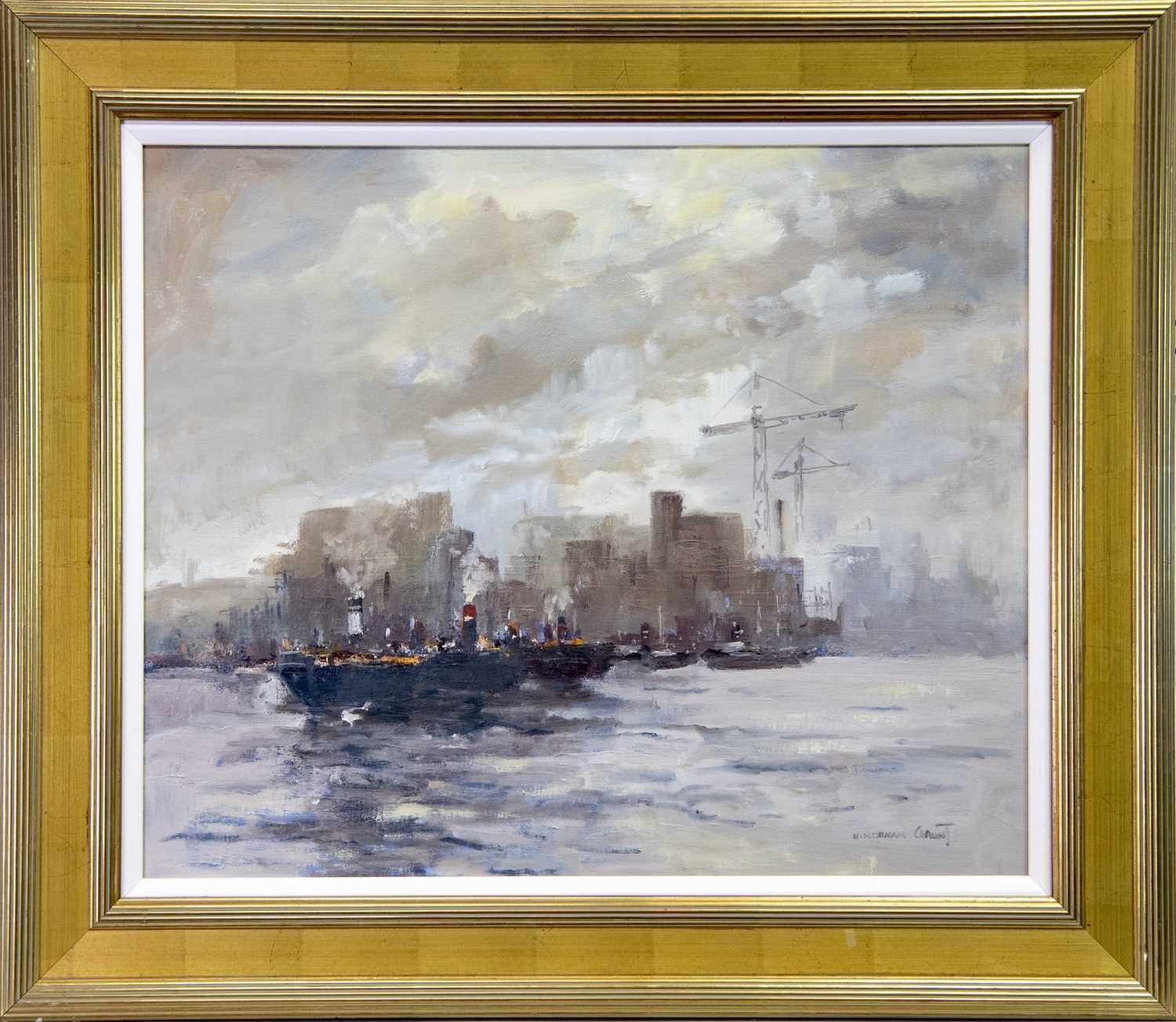 BOATS ON THE CLYDE, AN OIL BY WILLIAM NORMAN GAUNT

* WILLIAM NORMAN GAUNT (BRITISH 1918 - 2001),
BOATS ON THE CLYDE
oil on board, signed, titled verso
51cm x 61cm
Framed
Provenance: Notable private Scottish collection
Note: William Norman Gaunt was born in Leeds In 1918 and studied at Lancaster School of Art under Walter Bayes RWS. He gained his National Diploma in 1949 and was made a Fellow of the International Institute of Arts and Letters in 1959. His work is well renowned for his characterful depictions of figures, coastal scenes and equestrian portraits. Gaunt worked in oils but was also a gifted watercolourist. It's not known how often he visited Scotland but he is known to have painted in Kirkcudbright, Sutherland, Loch Earn, in Glasgow and around the Clyde. His Scottish paintings were sold by T&R Annan & Sons (Glasgow). Norman Gaunt's Scottish paintings rarely appear at auction but we sold "Kite Flying" lot 18, 27th November 2016, for £900 (hammer). Until now "Kite Flying", probably not a Scottish scene, remains the only example of Gaunt's work we have offered. In our opinion "Boats on The Clyde" is an exceptional example of Gaunt's work and although undated we believe it was probably painted in the late 1940's or early 1950's. In a manner similar to Herbert Whone, Norman Gaunt, although not a native Glaswegian, captured the city and The Clyde in manner which only the very finest Scottish artists have ever achieved.