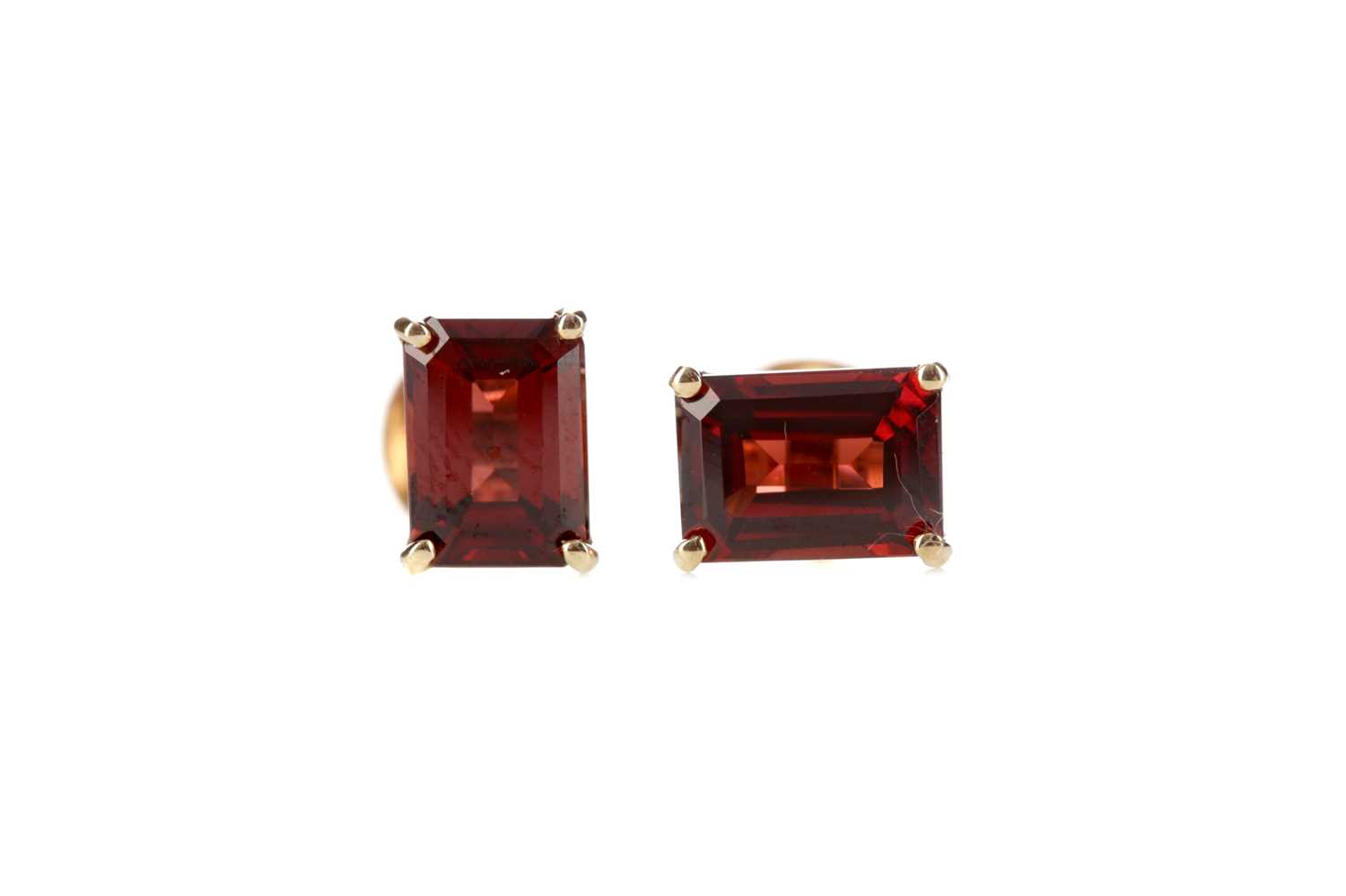 A PAIR OF GARNET STUD EARRINGS