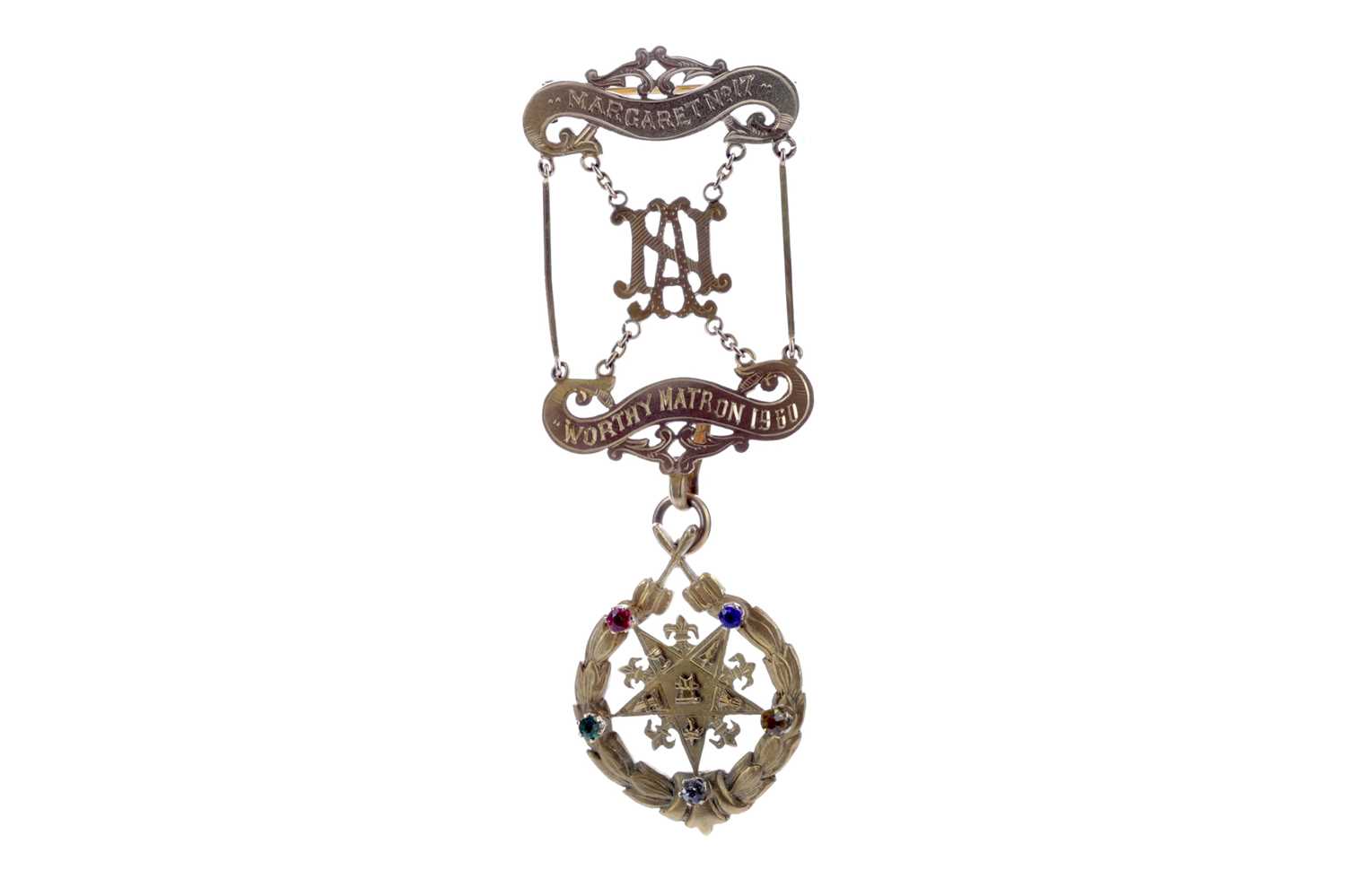 GEM SET MASONIC JEWEL,
depicting the Order of the Eastern Star, the star terminated with round coloured gems, with personal inscriptions to the front and reverse, 88mm long, in nine carat gold, 12.3g

Bidders must assume that diamonds and coloured gem stones (including ruby, emerald, sapphire, peridot, aquamarine) may have undergone a form of treatment unless otherwise stated. It should not be assumed that any diamond or coloured gem is untreated or is natural, unless accompanied by a gemmological laboratory certificate (which would be mentioned in the description). McTear’s will only describe gold/platinum/silver as such when a full UK standard set of hallmarks is present on the object. Other marks such as foreign import stamps will be noted in the description. As required by the Auctioneers Scheme, 20% vat will be applied to the hammer price on the sale of loose stones, which applies to diamonds, emeralds, rubies and sapphires and those lots are marked with **.