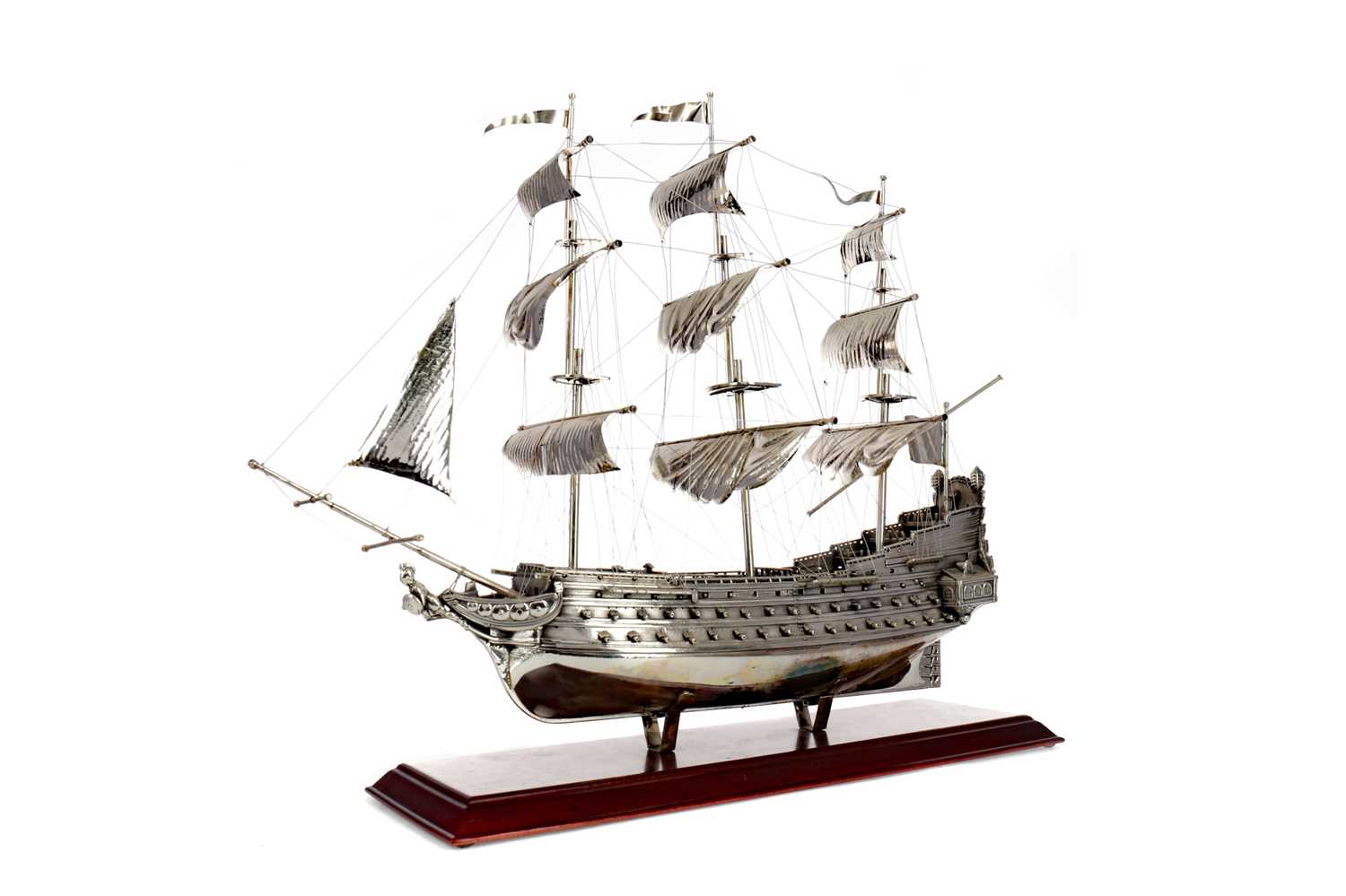 MID-20TH CENTURY ITALIAN SILVER MODEL OF A MAN OF WAR,
the three masted vessel with deck guns and two rows of cannon below, with a knight in armour figure head, on a fixed wooden base, 44cm high overall, 53cm extreme width

Man of War - a phrase applied to a line of battle ship. Contrary to the usual rule in the English language by which all ships are feminine. It is probably arose because Men of War were heavily armed soldiers. A full ship of them would be called a Man of War ship. In the process of time the word ‘ship’ was discarded as unnecessary and there remained the phrase ‘a Man of War’